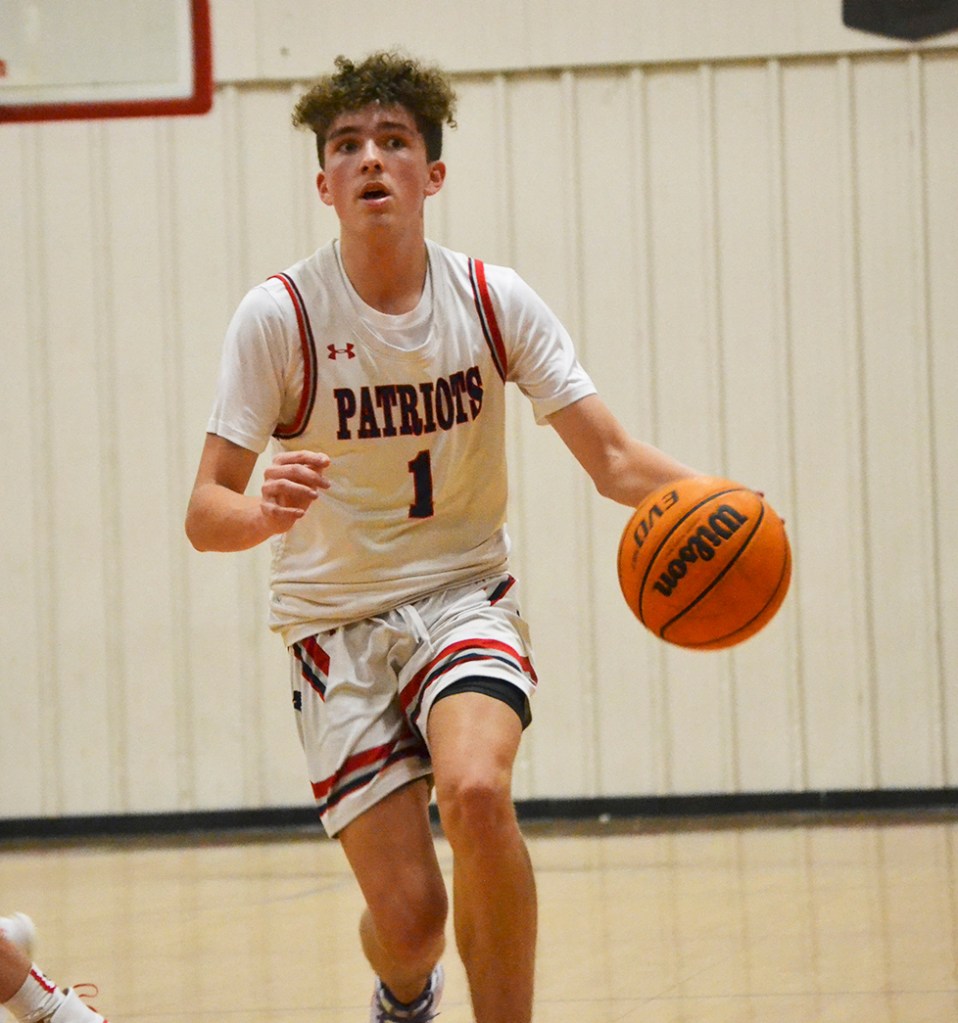 Slade Renfroe (1) and the Patriots traveled to Abbeville Tuesday night.

The Pike Patriots (0-2) traveled to Abbeville and dropped a 56-15 game. Pike hung tough with Abbeville in the first quarter, trailing 13-8 going into the second quarter, before Abbeville pulled away.

“We started really well and obviously things fell off in the second half,” Pike coach Charlie Scofield said. “We are making small steps but our hope is to continue to build until we can put a complete game together.” 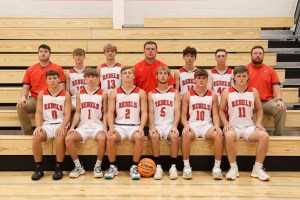 The Rebels opened 2022 with a home win. (Submitted photo)

Zion Chapel and Dale County battled to a 59-59 tie at the end of regulation but the Rebels outscored the Warriors 15-5 in overtime to secure the victory. Slade Grantham had a huge night for ZCHS with 31 points, while Jacob Chestnut added 18 points and Mason Stuart scored 13 points. Jamarion Scott led Dale County with 28 points.

The Lady Rebels (0-1) also opened the season at home against Dale County but dropped a close matchup 25-20. Dale County was led by Adrianna Koonce with 14 points and 10 rebounds.