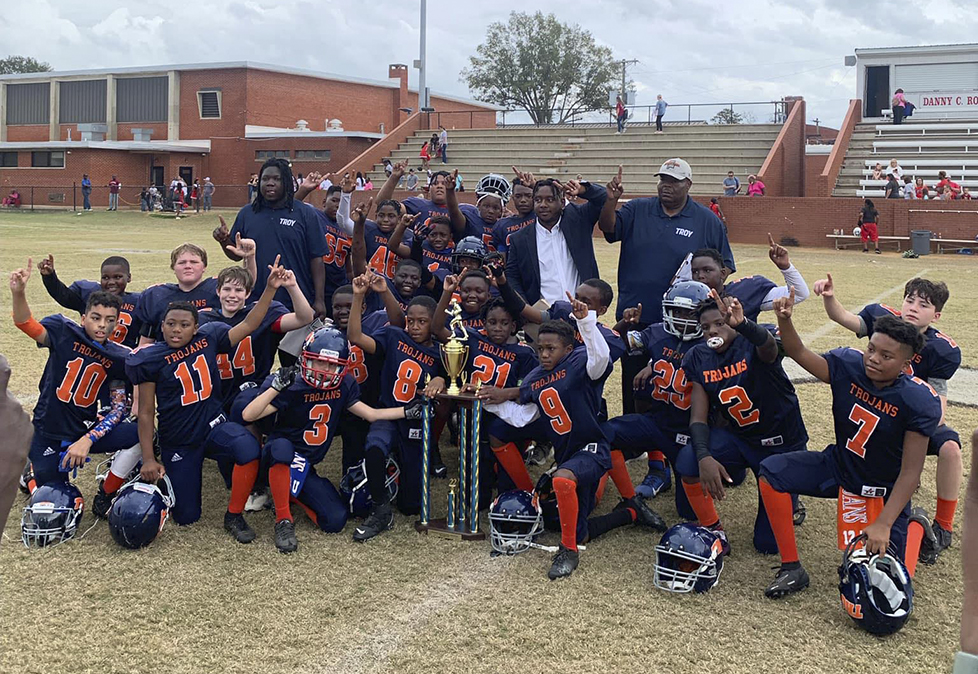 The Troy Recreation 12U tackle football team is hitting the road on Friday to head to South Carolina for a national youth football tournament this weekend.

The Troy 12U Trojans traveled to Luverne last weekend and won the Alabama State Championship at the WYFA Super Bowl. It’s the third time in the past five years that the Troy 12U team captured a championship.

“We are extremely proud,” 12U Trojans coach Robert Lee said. “The team has worked hard and we are prepared. I’m so very proud of this team.”

The 12U Trojans will compete in the national tournament in South Carolina on Saturday, Nov. 11, at 1 p.m. Lee says the main thing is that he wants his players to have fun, more than anything else.

“We won our state (championship) and I don’t want to put any pressure on them, really,” Lee emphasized. “I just want them to have fun and play our game. I believe that if we play our game, we’ll be fine.”

Many of the current Charles Henderson Trojans and Pike County Bulldogs – heading into the second round of the state playoffs this Friday – got their start in football with Troy Parks and Recreation, and played for Lee’s 12U Trojans. Lee said it was imperative for kids to get that tackle football experience before graduating to middle school and high school football.

“It’s very important for them to be able to learn the fundamentals of the game and the physicality of the game,” he said. “There are a lot of kids that only play flag football and then go into middle school and just are not prepared because they’re not used to the contact. We start kids at the age of eight years old and up in the City of Troy. I think it’s very key.”