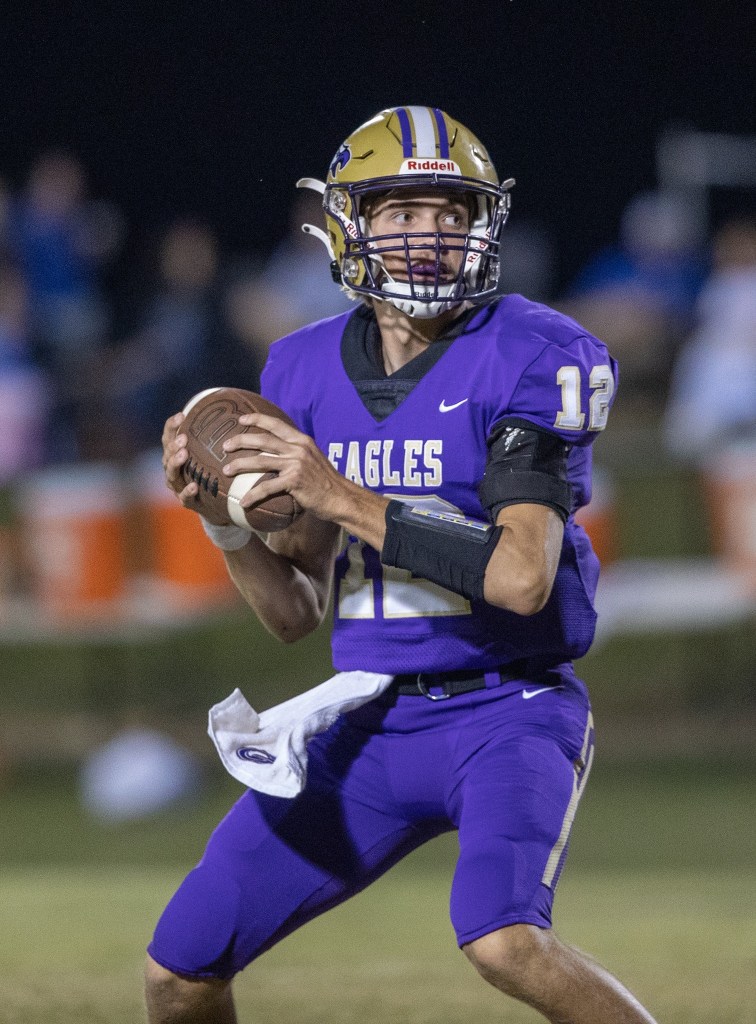 Peyton Stamey (12) had a big night against Horseshoe Bend. (Photo by Dan Smith)

Goshen jumped out to a 16-6 lead n the first quarter and never looked back. Goshen’s Peyton Stamey threw a 43-yard touchdown pass to Tyler McLendon to open the game and a 2-point conversion from Andrew Galloway gave Goshen an 8-0 lead early.

Goshen opened up the third quarter with a 49-yard touchdown run from McClure followed by a 4-yard touchdown pass from Stamey to McLendon to give Goshen a 44-12 lead.

Horseshoe Bend scored on a 77-yard run to cut the lead to 44-18 but Goshen answered right back on a 60-yard touchdown run by Andrews to extend the Eagle lead to 51-18.