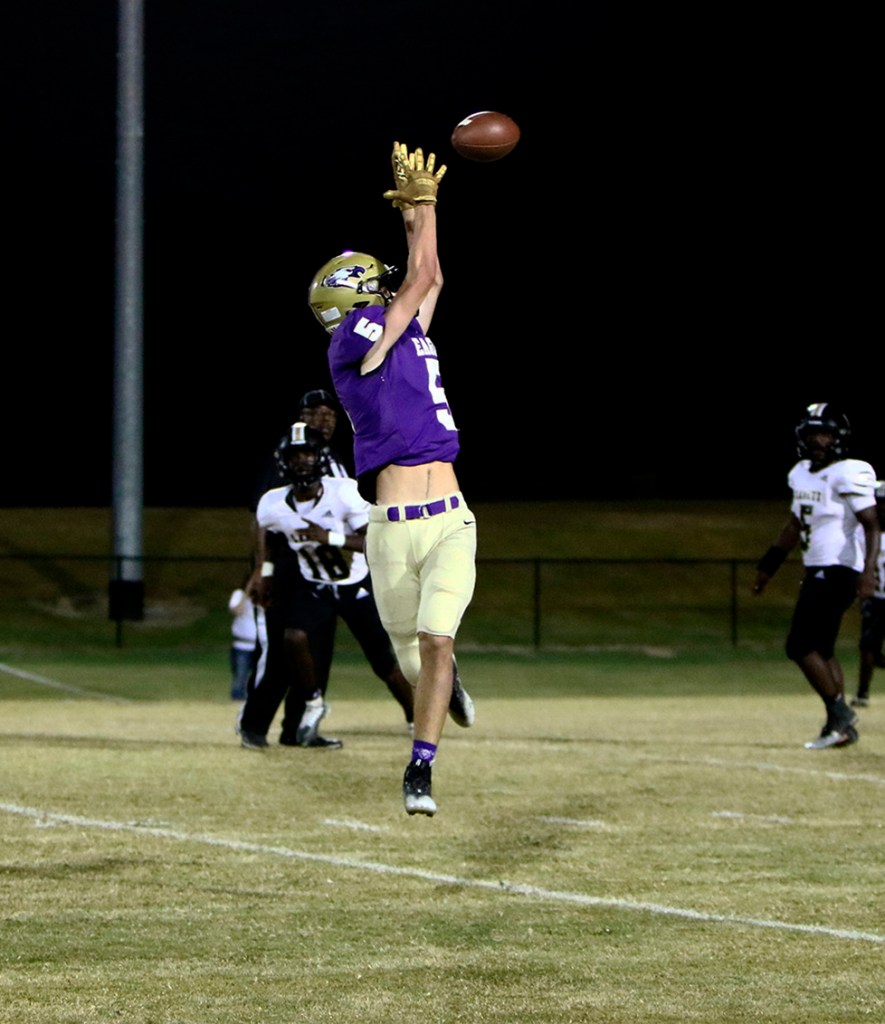 Lanett scored on its first drive and led for the remainder of the game – taking control in the third quarter – but a ferocious fourth quarter rally from the Eagles made things interesting. With Goshen trailing 30-6 in the fourth quarter, the Eagles ripped off 19 unanswered points.

Jamari McClure scored on a 53-yard touchdown run to cut the lead to 30-12 midway through the fourth quarter. Goshen’s 2-point try was unsuccessful but the Eagles immediately recovered an onside kick. Quarterback Jayden McNabb heaved a 22-yard touchdown pass to Tyler McLendon to cut the lead further to 30-18. The two point try was unsuccessful again, however.

The Eagles once again recovered a second straight onside kick to keep their momentum going. McClure then heaved a 12-yard touchdown pass to Andrew Galloway with just under two minutes remaining to cut the lead to 30-24. The Eagles booted the PAT and cut the lead further to 30-25.

Leon Cowart led the Goshen defense with six tackles and one tackle-for-loss, while Christian Simmons recorded four tackles. William Lampley forced a fumble and both Isserick McKinney and Cody Kilpatrick recovered fumbles for the Eagles.

Goshen and Lanett both rushed for 255 yards each, while Goshen passed for a total of 74 yards and Lanett netted 40 yards through the air. Lanett lost four fumbles, while the Eagles didn’t turn the ball over.

The win for Lanett sets the Panthers up for the fourth and final Region 3 playoff spot with just one region game remaining in the 2022 season. Goshen closes out the 2022 season on the road next week at Horseshoe Bend on Oct. 21.

Also, the Pike Liberal Arts Patriots (2-6) traveled to Florida and lost a matchup with the Liberty County Bulldogs by a score of 14-7.

Despite trailing for the entirety of the game, the Patriots managed to score late to cut the lead to 14-7. Pike recovered the ensuing kickoff to give itself a chance to get the win but the Bulldogs managed to keep the Patriots out of the end zone again.

PLAS is off next week and returns to action on Oct. 27 at home against Calhoun for the season finale.