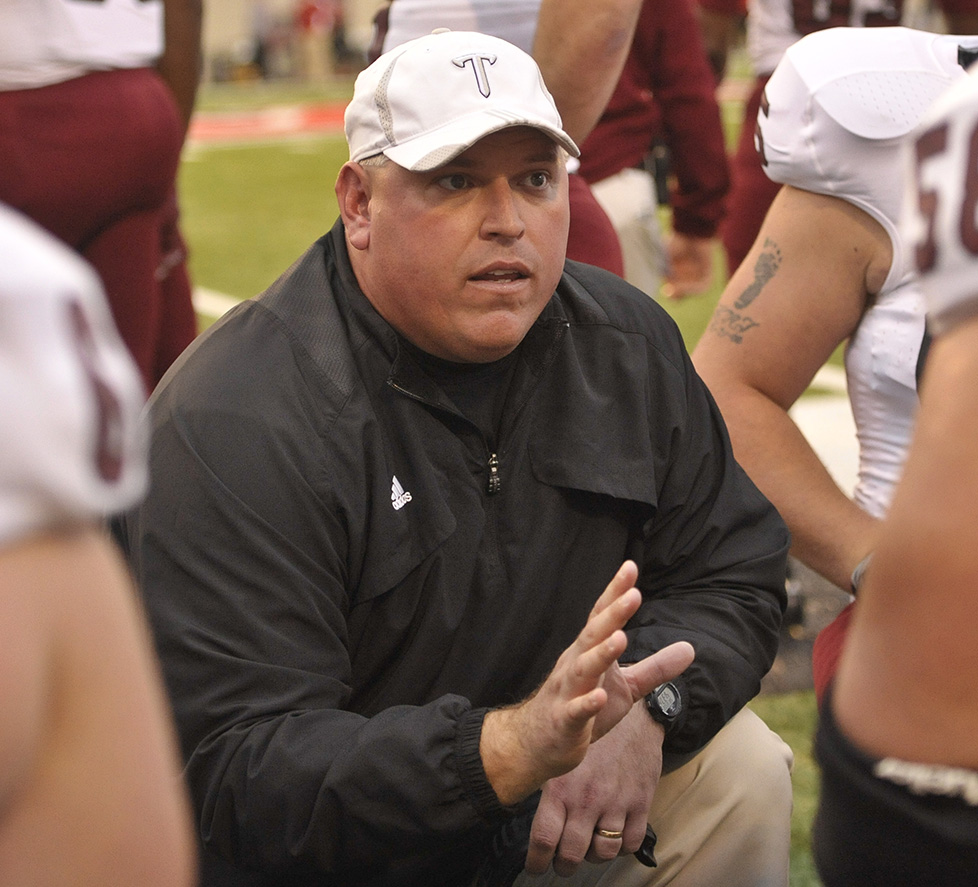 Schlarman coached at Troy from 2007 until 2012 after starting his coaching career at his alma-mater Kentucky in the early 2000s. He returned to his alma mater in 2012 and coached there until passing away in 2020, after being diagnosed with stage 4 Cholangiocarcinoma, which is a rare form of cancer. Schlarman grew up in Fort Thomas, Kentucky and went on to become an All-American offensive lineman at Kentucky in the 1990s.

“John Schlarman epitomized the Trojan warrior spirit,” Troy University Chancellor Dr. Jack Hawkins Jr. said. “He was a player’s coach who demanded the best from his players and gave them his best in return. He was a valued member of our staff during some of our most successful seasons, and he is missed by his friends throughout the Troy family.”

A special presentation will be held during Troy’s home game with Southern Miss this Saturday at Veterans Memorial Stadium, naming the meeting room after Schlarman. A gift from the Neal and Brooke Brown Foundation makes the naming of the room after Schlarman possible. Schlarman coached under Brown at Troy. He was also on Brown’s staff as an assistant alongside current head coach Jon Sumrall.

“John Schlarman impacted lives by how he lived,” Sumrall said. “He inspired me by his attitude, toughness and love for others, and his legacy will live on with Troy football forever.