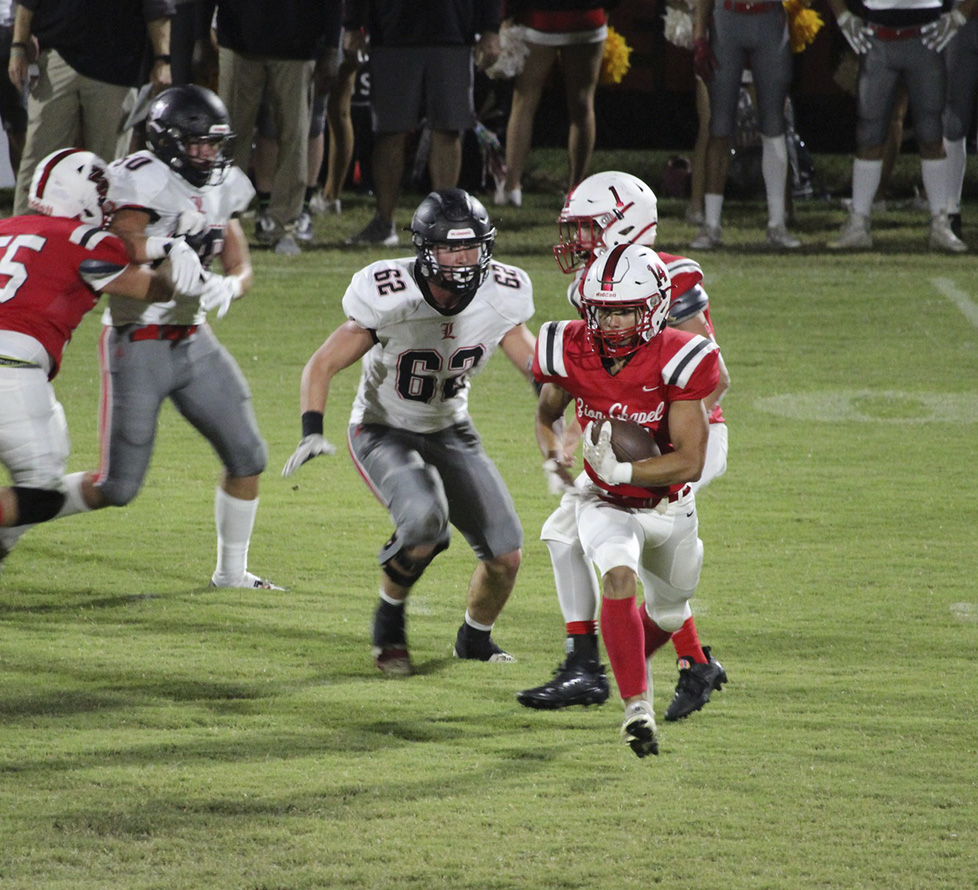 The Rebels are looking to earn their first ever win over Geneva County this week. (Photo by Amanda Elrod)

Zion Chapel is coming off a 42-7 loss to GW Long in another region game last Thursday, while Geneva County lost to Wicksburg 23-14 a week ago.

After a slew of injuries hampered the Zion Chapel offense earlier in the year, senior Morgan Sanders has emerged as a top playmaker for the Rebels. Sanders has completed 7-of-8 pass attempts for 177 yards and two touchdowns this season along with leading the Rebel ground game with 490 yards and five touchdowns rushing. Zion Chapel comes into this week’s game averaging 164 yards rushing per game. Sophomore Joseph LeGear has also began to emerge as a playmaker in the passing game, catching five passes for 125 yards and two touchdowns in recent weeks.

The Rebels have already won as many games this season as they did the previous two combined and are less than 100 points shy of surpassing last season’s total points scored. The Rebel defense has also given up more than 10 points less per game this season, compared to 2021. The Rebels will need to pick up their first win over Geneva County in school history to keep any playoff hopes alive, though.

Geneva County has historically been one of the top teams in Region 2, making the playoffs in eight of the last 11 seasons. This season, however, has seen the Bulldogs struggle to begin 2022 and the Bulldogs are on the verge of losing more games this season in more than a decade. Geneva County upset Luverne to open the season before losing five straight. Those opponents have been tough ones, however, with Geneva County losing to Ariton, Abbeville, GW Long, Geneva and Wicksburg during that stretch. Ariton and Wicksburg are undefeated in region play, while Long’s only region loss came at the hands of Ariton. A win over Geneva County – with region games against Cottonwood and Abbeville still on the schedule – would keep Zion Chapel’s playoff hopes alive.