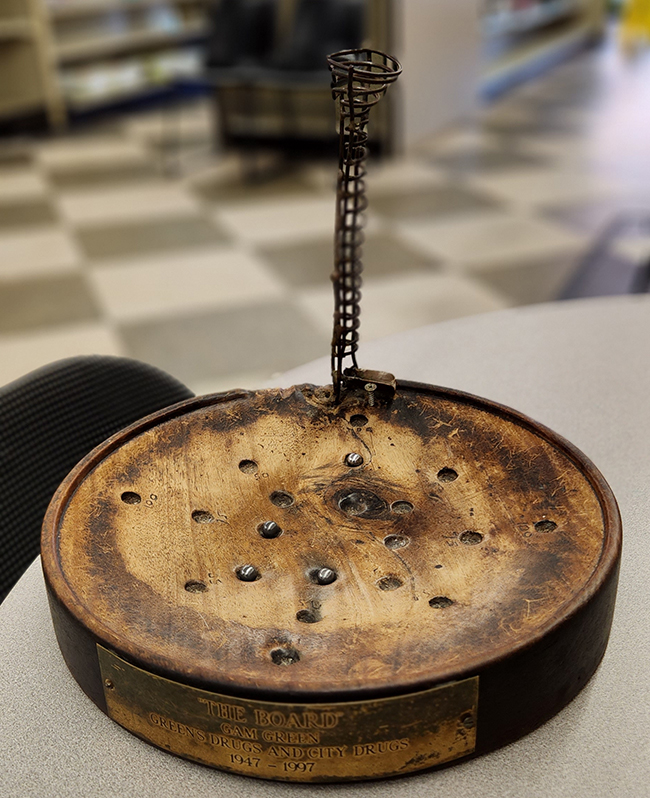 The Messenger published an article in the Weekend Edition on October 1, 2022, highlighting the news that Greek ownership is returning to the square in downtown Troy. According to Bill Rice. Sr.’s book, “Troy 1838-2006,” George Sataras, from the Greek Island of Patmos, owned and successfully operated The Riverside Café on the square in downtown Troy beginning in 1914 and lasting for 50 years.

Yannie Tempelis, a native of Amigdalia, a small village in Greece, and his wife, Denise, are in the process of opening The Market, a restaurant and food boutique, in the building that once housed The Riverside Cafe, therefore the Greek connection.

However, there is a tag to the story about the Greek business ownership in downtown Troy. It’s the tale of how coffee gambling came to town.

The story is that Sataras’ sister, Mary, and her husband, Victor Balako, owned  Mary’s Place, a coffee shop of note, in downtown Troy.

Balako bought a pasteboard game at the dime store for tabletop entertainment.  The trick of the game was to drop a marble into a wire tube that was attached to the pasteboard. The marble would make its way through the tube, down and out onto the board and find its way into one of the numbered holes. At game’s end, the player with the lowest total score would buy the coffee all around.

Several of the coffee shop games of chance are still around. The one of note is at Synco Drugs. Years ago, druggist Gam Green made a game from monkey-pod wood brought to him from Hawaii by Dr. Jesse Hall Colley. The board is still in use at Synco Drugs where the morning coffee is as hot as the competition.