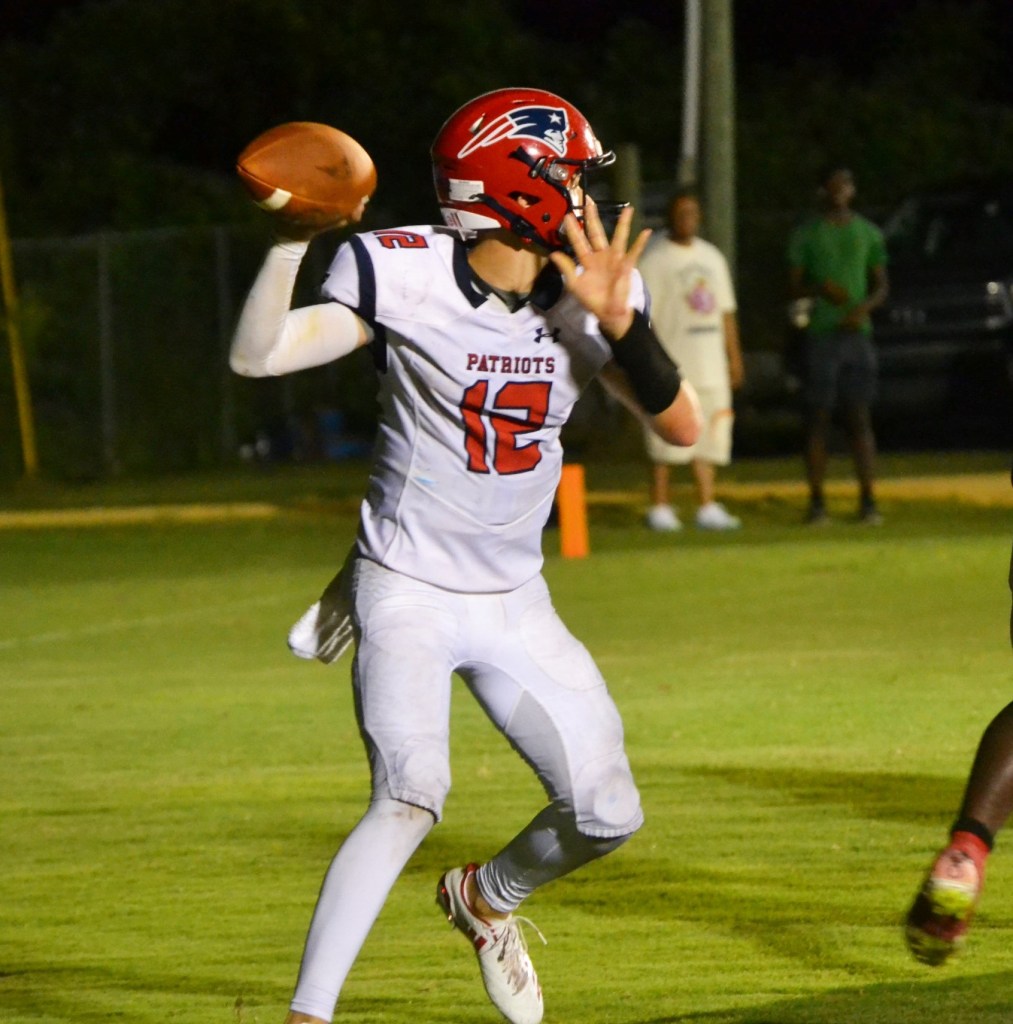 The Pike Lib Patriots (2-4) picked up their first on-field win since moving to the Alabama High School Athletic Association on Friday night with a resounding 32-0 shutout of the Danville Hawks (1-5) on the road.

While it is technically Pike’s second win of the season it was the Patriots’ first win on the field. On Thursday, Mobile Christian was forced to vacate its first four wins of the season – including a 35-3 win over Pike Lib to open the season – meaning Pike’s win over Danville moves the Patriots to 2-4 on the season. It was also the first time Pike has scored more than 15 points in a game in 2022 and broke a two-game scoreless streak.

The Patriots got on the board first with 2:00 left in the opening period on a 40-yard touchdown pass from Dawson Bradford to Jackson Booth to go up 7-0. PLAS missed a field goal with 9:00 left in the first half but Bradford tossed another touchdown pass to Booth just before the end of the half to take a 14-0 lead into halftime. Booth also picked off a Danville pass at the end of the half.

After the Patriots forced a fumble, Bradford heaved his third touchdown pass of the night, on a 45-yard bomb to Rhodes Baker, and Pike Lib converted a two-point try to make the final 32-0.

Pike is back at home next week against Class 5A’s Faith Academy.