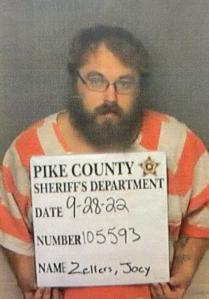 “These are serious and sickening accusations,” Thomas said. “We plan to prosecute to the fullest extent of the law.”

Thomas said Zellers was currently in the Pike County Jail under a $110,000 bond.