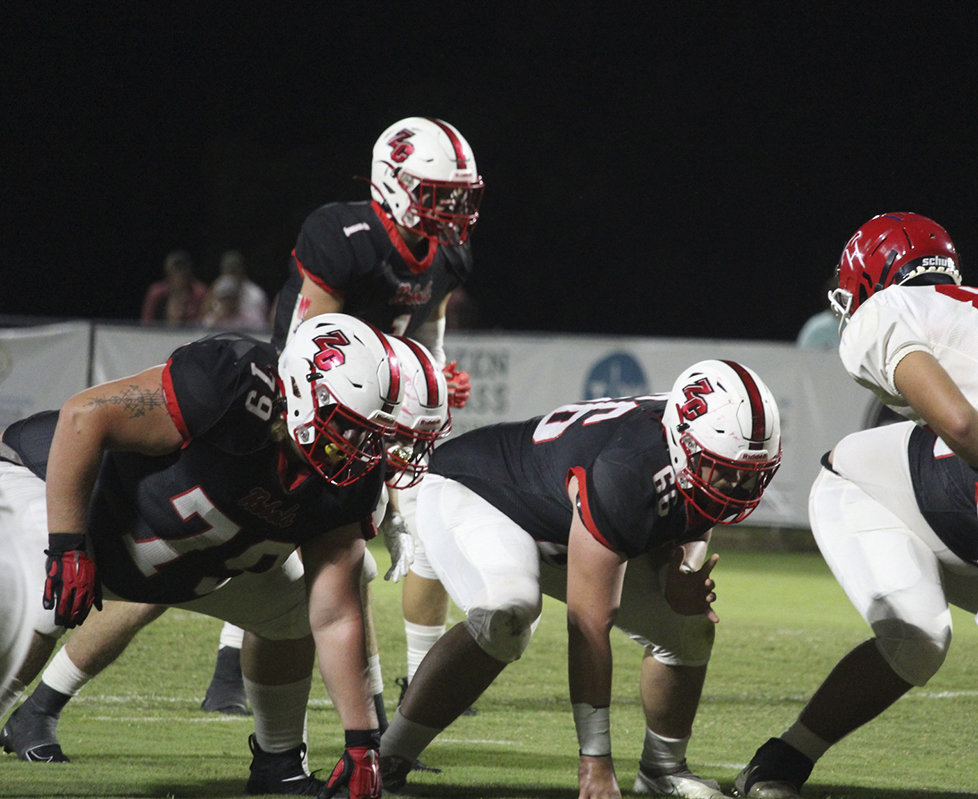 Zion Chapel will host No. 10 GW Long this week. (Photo by Amanda Elrod)

Zion Chapel is coming off its second win of the season last week, a 28-19 win over Class 1A’s Pleasant Home, while Long lost 26-22 to Class 4A’s Dale County a week ago. Both Zion Chapel and GW Long have played Samson and Ariton this season with both teams splitting those games. Long and Zion Chapel both beat Samson but fell to Ariton.

Zion Chapel senior Morgan Sanders exploded against Pleasant Home last week and scored a career-high three rushing touchdowns along with a career-high 195 yards rushing. The senior has rushed for 405 yards and five touchdowns so far this season, along with completing 4-of-5 passing attempts for 99 yards and two touchdowns. Sanders also has 26 tackles, 3.5 tackles-for-loss and one sack on the season.

“Morgan played really well,” ZCHS coach Cody Keene said. “He’s come on for us and done a good job in the wake of some injuries. He’s had to step into some roles that we didn’t expect to have to step into and he’s a winner in every sense of the word.”

Long quarterback Brayson Hughes has been stellar for the Rebels this season, completing 67-of-130 pass attempts for 1,110 yards and 13 touchdowns with just four interceptions. He also has 182 yards and three touchdowns on the ground. Receivers Hayes Horne and Jakiire Redding have been Hughes’ favorite targets. Horne has 20 catches for 350 yards and four touchdowns on the season, while Redding has hauled in 26 passes for 368 yards and two touchdowns.

Historically, GW Long has dominated the series with Zion Chapel, holding a 10-28 edge. The two sides have met annually since 2020 with Long winning all three of those games by a combined score of 160-0. Zion Chapel’s last win over GW Long came on a forfeit in 2002 but the last time ZCHS beat Long on the field was 1994.

Zion Chapel and GW Long will kickoff at 7 p.m. on Thursday night at Greene Memorial Stadium in Jack.