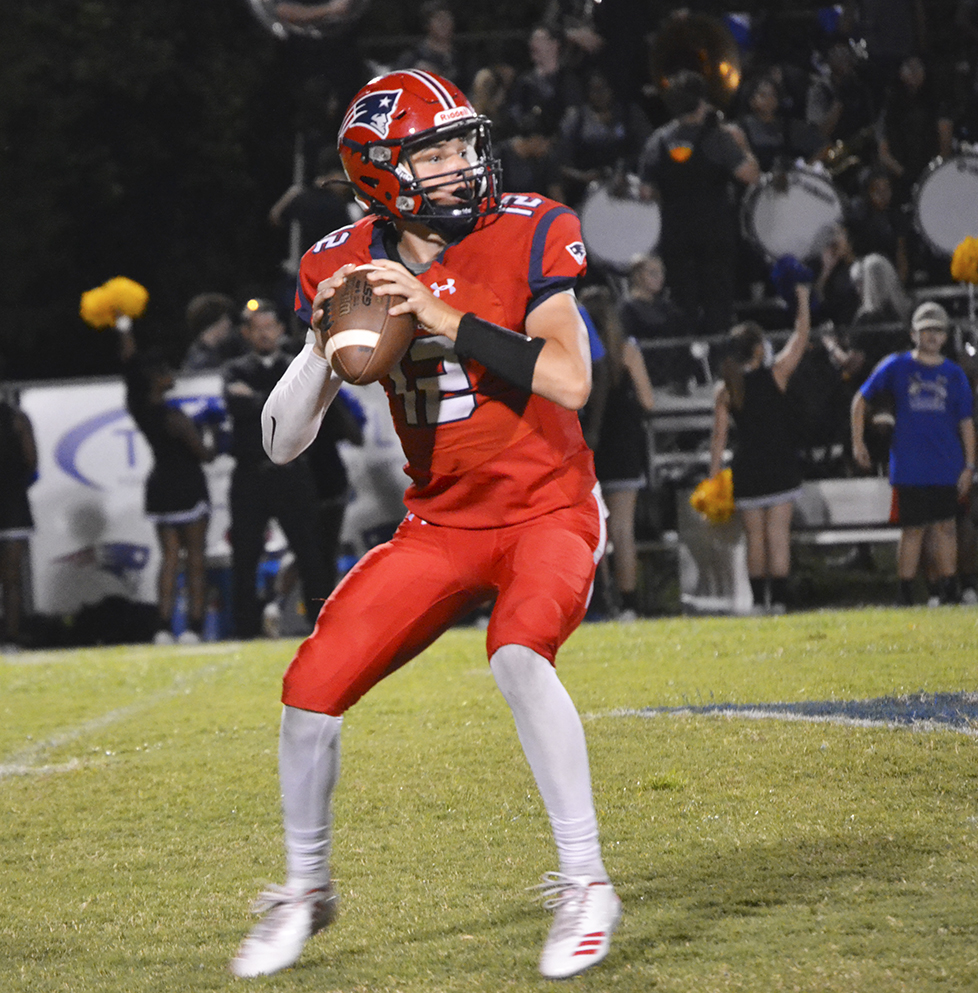 Dawson Bradford (12) and the Pike Patriots will travel to Danville this Friday. (Photo by Josh Boutwell)

The Pike Liberal Patriots (0-5) hit the road this Friday night, looking for their first win of the season against the Danville Hawks (1-4).

The Patriots will make the 211-mile trip to Danville on Sept. 30, after dropping a 56-0 loss to Class 4A’s No. 1-ranked Montgomery Catholic last week.

“We knew what we were going up against,” PLAS coach Charlie Scofield said. “They were, and still are, the No. 1 team in 4A for a reason. I thought we did a lot of things right, though.

“Our running game was decent and we were able to force a couple of turnovers. At the end of the day, not scoring a point is difficult to see but there were some highlights and good takeaways for us.”

The matchup with Class 3A’s Danville – like most this season – will be the first time in school history that the Hawks and Patriots have met in football. Danville is coming off a bye week last week but lost two straight games by a combined score of 84-7. The Hawks’ lone win of the season came in a 35-28 overtime win over Class 3A’s Susan Moore.

Scofield said that Danville uses numerous offensive formations, which makes the Hawks difficult to defend but also said that it would be nice to face a team closer in size to PLAS for the first time this season.

“They’re going to use a lot of different formations. I think we have gone over about 14 different offensive sets they run,” Scofield said. “One of the things we’re looking forward to is their numbers. Their numbers are similar to ours and they have guys playing both ways like us.

Scofield is looking for more consistency in the passing game against the Hawks, along with more points on the board as Pike has not scored a point since Sept. 2.

PLAS and Danville will play at 7 p.m. on Sept. 30 from Smith-Owens Stadium in Danville.