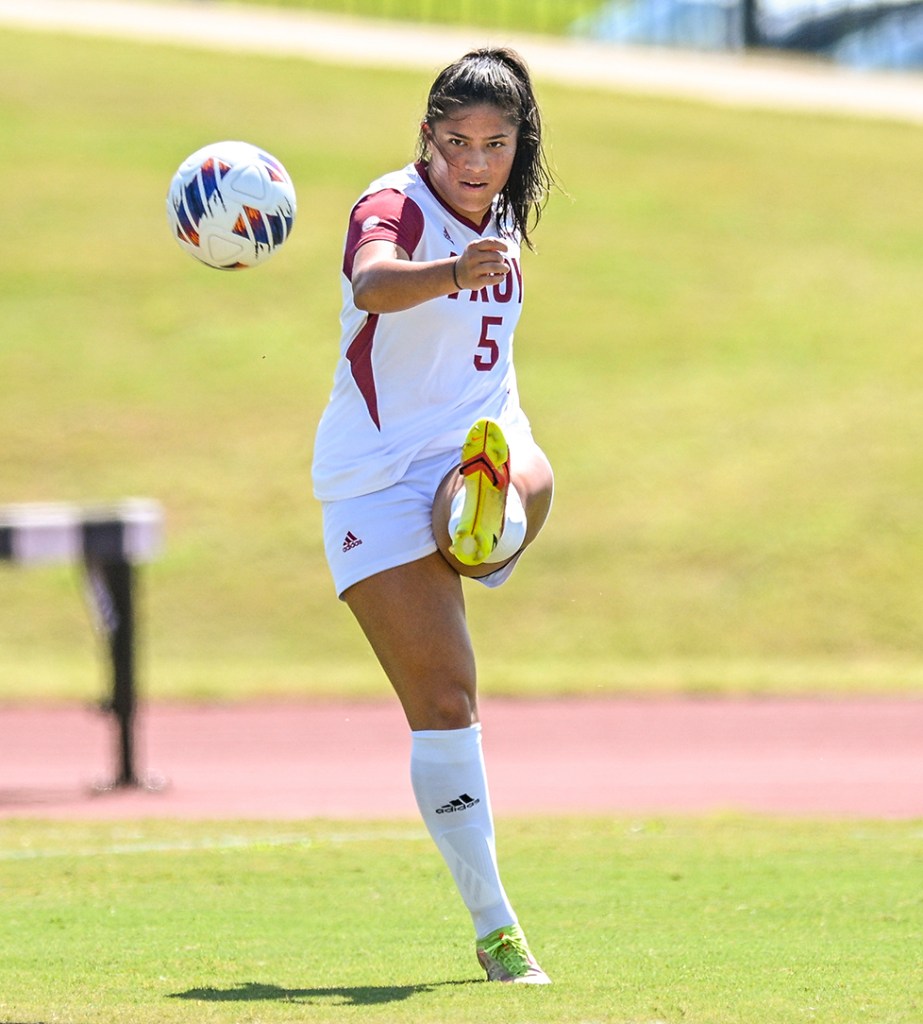 The Troy Trojans soccer team (2-5-2) lost their second straight Sun Belt Conference game on Sunday to the Arkansas State Red Wolves (4-4-2) by a score of 2-1 at home.

The loss comes despite a late rally from the Trojans. Troy opened the game firing off four shots in the first 20 minutes of the game but wasn’t able to earn a goal on any of those shots. Both Troy and Arkansas State remained scoreless at halftime.

Arkansas State came out firing in the second half and Red Wolf Emma Riley scored a goal off an assist from Darby Scotts with 56:46 of game time eclipsed to give ASU the 1-0 lead. Arkansas State added to that lead on a penalty kick from Sarah Strong with less than 30 minutes remaining in the contest.

Troy rallied and unleashed an offensive attack that started with Nia Wilson scoring her second goal of the season, off a corner kick assist from Gabrielle Chartier, with just 14 minutes remaining of game time. The Trojans then earned four shots on goal in the final 13 minutes but couldn’t find the back of the net again as the Red Wolves held on for the conference win.

“Disappointing result for us. I thought the game was in the balance for a good portion of the 90 minutes, and a few mental mistakes on our part put us in a bad position,” Troy coach Robert Lane said. “Credit to Arkansas State, they went away and tucked away their chances. Good fight at the end to pull one back and to push on to try and find an equalizer, but you know, just not good enough on the day.

“We spend a lot of time on set pieces. We recognize at this point that they can make or break a game for us. It was nice to see Nia take her opportunity well. Our shape allows us to create corners, and we’d like to be able to put more of them in the back of the net.”

Troy is back on the road on Sunday, Oct. 2, for a conference match against Georgia State in Atlanta, GA.