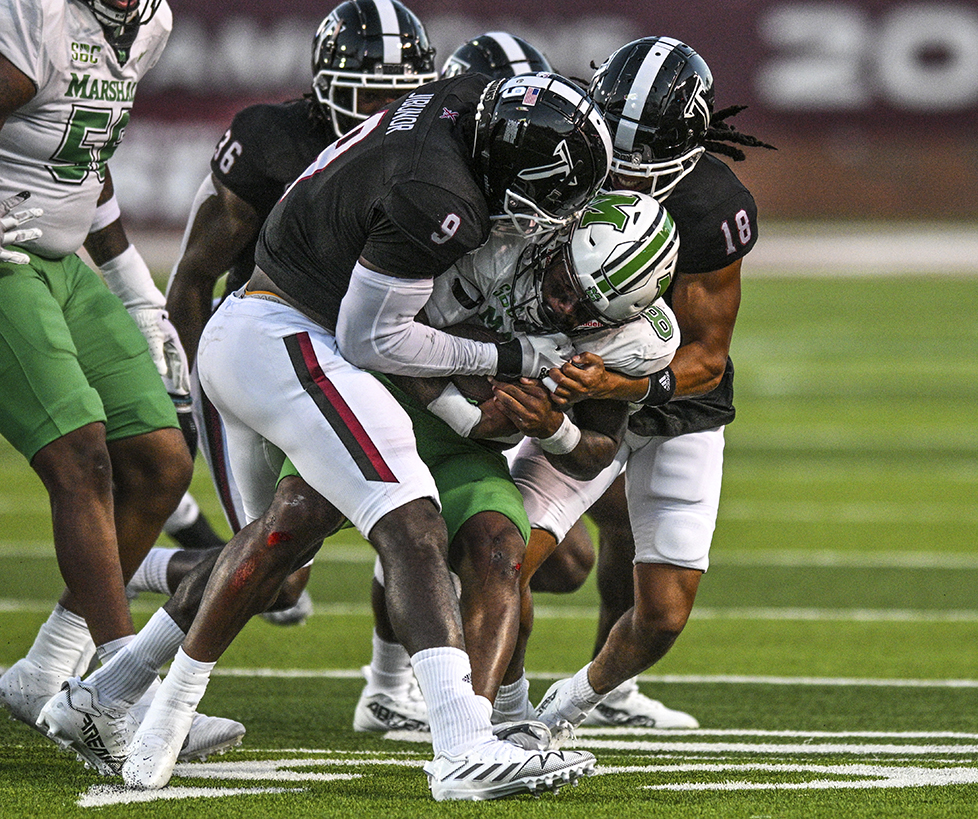 After a big conference win on Saturday night, the Troy Trojans (2-2) won’t have much time to celebrate as a road matchup against Conference-USA’s Western Kentucky Hilltoppers (3-1) is on the horizon this coming Saturday.

Troy picked up a 16-7 win over Marshall last week, while Western Kentucky defeated FIU 73-0. In three of Troy’s first four games, the Trojans have gone up against some of the top offenses in the entire country in Ole Miss, Appalachian State and Marshall. That won’t change this week either as the Trojans travel to Western Kentucky.

“They’re a really challenging opponent, Western Kentucky played in the Conference USA Championship and finished 9-5 last year,” Troy coach Jon Sumrall said. “They have a really high-octane offense and are 3-1 on the year with the only loss to Indiana in overtime. They were up 10 points late and could very easily be 4-0.

“They are explosive offensively with a lot of really good weapons. I’m really impressed with them personnel wise. They’re very similar structurally to what we saw at Ole Miss from an offensive standpoint.”

WKU quarterback Austin Reed is one of the top passers in the country and is a West Florida transfer. In 2019, Reed led West Florida to a Division II National Championship, throwing for 4,089 yards and 40 touchdowns. At WKU he’s continued that success, completing 104-of-142 pass attempts this season for 1,257 yards and 14 touchdowns. His favorite targets so far this season have been Malachi Corley and Daewood Davis. Davis has hauled in 22 passes for 354 yards and three touchdowns, while Corley has 20 catches for 273 yards and five touchdowns. Davis is an Oregon transfer.

Sumrall was quick to point out that the Hilltoppers’ defense is also solid.

“They’re second in Conference USA in scoring defense and 37th in the country, giving up just 19 points per game,” he said. “They are a really quality team defensively. They’re multiple and do a lot of things to stress your offense. They’re front really sticks out, they’re big and athletic on the defensive line and they have two starting linebackers that are transfers from the SEC.”

Troy backup quarterback Jarret Doege actually spent much of the summer and fall camp at Western Kentucky, competing with Reed for the starting quarterback job, before transferring to Troy. That fact is not lost on Sumrall.

“I’ll probably talk to him a couple of times this week, we might talk,” Sumrall said with a smile. “He’s never played a game there but he knows what they’re doing there and it doesn’t hurt to have a guy that has seen how they run their system and has been there and done it.

“We don’t really have any insider information that will be able to tip us off to what’s coming and when, though. We won’t build our game plan around any information that Jarret has but we won’t ignore that he was there either.”

Troy linebacker Carlton Martial returned from injury to play against Marshall this past week and as a result, earned 18 total tackles and became the Sun Belt Conference’s all-time leading tackler. Some other injured players weren’t able to return, however. Defensive lineman Luis Medina and linebacker Jayden McDonald both had to sit out against Marshall due to injuries and Sumrall said their timetable for return is up in the air.

“Both of those kids play the game the right way and both of them are really good football players,” Sumrall said of Medina and McDonald. “It stinks for them and I hate it for them and these young men are important to our program and we care deeply about them.

“We don’t have a hard timeline on their return. Hopefully it’s soon but it could be significant (time). We have to respond without them available and I mentioned this last week, there is a ‘Next man up’ mentality and we have to get other guys ready to play.”

Another player that was unable to play against both Appalachian State and Marshall was tight end Deyunkrea Lewis. While Lewis is still a ways off from playing, his injury prognosis is a lot better than it was a week ago.

“He looks really good,” Sumrall said of Lewis. “I think he would be questionable this week but he’ll make the trip probably (to Western Kentucky).

“I think he has a chance in the next two weeks (to play), for sure. I don’t know how confident I am of him (being able to play) this week but it’s Monday. I think he might be ahead of schedule and it’s a better prognosis than a couple of weeks ago. We were concerned it may be a 6-8 week injury or more and it may end up being three weeks.”

Troy and Western Kentucky will play this Saturday at 6 p.m. in a game that will stream on ESPN+.