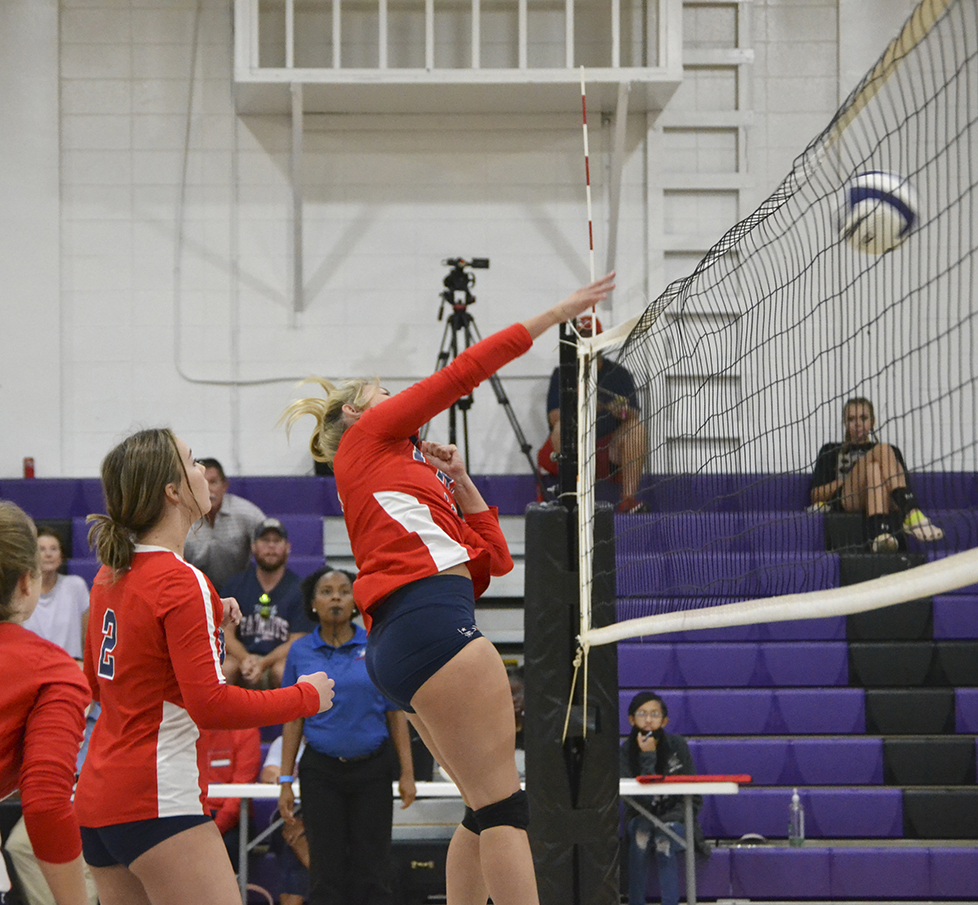 The Pike County Lady Patriots traveled to Highland Home and took a 3-2 win over the Lady Flying Squadron in a Class 2A, Area 5 match on Thursday.

Highland Home jumped out to a 2-0 lead, winning the first two sets 25-12 and 25-21, before the Lady Patriots rallied to win three consecutive sets to take the area match. The Lady Pats won the third set 25-14 and tied the match in the fourth with a 25-16 win before dominating the final set 15-6 to take the match.

The win over Highland Home caps off a week in which the Lady Pats went 4-0 with area wins over Luverne, Zion Chapel and Highland Home.

Pike Lib is back at home on Tuesday for an area rematch with Highland Home.