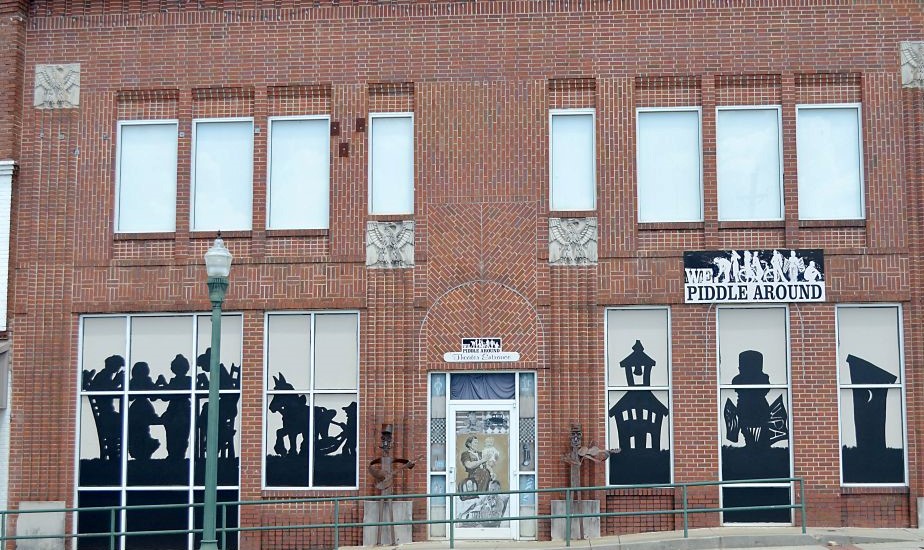 Photy by Jaine Treadwell The invitation to “Come Home, It’s Suppertime” has once again been extended. The award-winning Brundidge folklife play will be performed November 10, 11 and 12, at the We Piddle Around Theater. Tickets are now on sale by calling 334-685-5524. The Chili Country Christmas and Pike Piddlers Storytelling Festival will be held as usual.

After two years of silence, the supper bell with ring once again at the We Piddle Around Theater in Brundidge and folks will be invited to “Come Home, It’s Suppertime.”

Lawrence Bowden, president of the sponsoring Brundidge Historical Society, said a lot of thought and prayer have gone into the decision to reopen the theater doors “at suppertime.”

“During the time the doors have been closed due to the pandemic, we have lost several longtime members of our cast and we are going to miss them dearly,” Bowden said. “But, we know that they would want us to continue telling the story about our community during Hard Times and about what our entire country endured during the Great Depression. So, we are going to open the doors of the We Piddle Around Theater once again at suppertime.”

However, performances to “Come Home, It’s Suppertime” will be limited to one weekend, November 10, 11 and 12.

Bowden said the decision to reopen the doors for “Come Home, It’s Suppertime” was carefully made with considerations about casting, about crew and the  pre-show, musicians, “supper,” theater preparations and community interest.

“We opened with “Come Home, It’s Suppertime” in 2002 and continued with two weekends each season until the pandemic,” Bowden said. “More than 23,000 people have come. Even though the pandemic has changed many things, we feel like it is important to continue telling the story of Hard Times and those who lived them. The stories we tell could be the stories of any small town back during the Great Depression era and we believe those stories should be told.”

Tickets are now on sale for the 2022 performance of “Come Home, It’s Suppertime.”

Cathie Steed, ticket chair, said the price of the tickets remains the same, $25 each and include the preshow, a family style supper and the award-winning folk life play.

“‘Come Home,’ has never been about money,” Steed said. “It’s about telling the folk stories of those who lived in the rural South during the Great Depression. It tells how, by working together, pulling together and caring for each other, they survived Hard Times. We think it’s a story worth telling.”