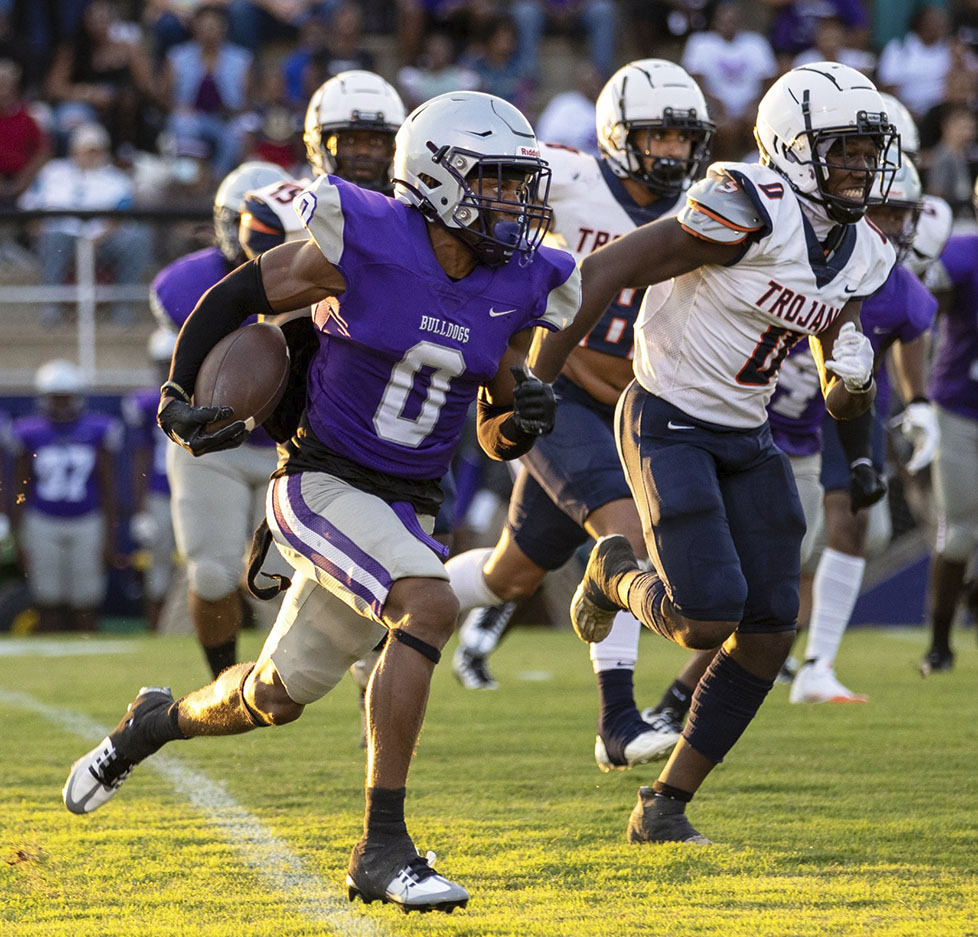 The Pike County Bulldogs will open the 2022 regular season this Friday, Aug. 26, on the road against the Straughn Tigers in a Class 3A, Region 2 showdown.

Pike County is coming off a 35-14 loss to Charles Henderson in the preseason jamboree last week, while this is also the season opener for Straughn.

“I thought it was a good game for us,” Hurt said of the jamboree. “We made a lot of mistakes, it was our first time playing in a game and (Charles Henderson) had a very physical team. I thought that was something we needed.

“We’ve been playing against each other all summer and finally got a chance to face another opponent with good skill players, good size and a very physical team. It was a good measuring stick for what we need to do and it was experience we needed.”

One player that stood out in the preseason matchup was athlete Ian Foster, who returned two kickoffs for touchdowns.

“Ian is a great athlete and I think he’s on the level with any other player out there in the area,” Hurt said. “He made some big plays on kickoffs for us and we use him in a bunch of different roles. We have a lot of great athletes, too. We just have to make sure we’re putting them in position to make plays.”

Straughn is coming off a 7-4 playoff season in Class 4A in 2021 but moves back down to Class 3A this season and jumps into Region 2 alongside Pike County.

“They’re very well coached and very disciplined,” Hurt said of Straughn. “We can’t have turnovers like we did last week against those guys.”

Hurt said he wants to see his Bulldogs clean up the mistakes they had last week.

“We can’t have turnovers or missed tackles like we did last week. We have to be sound with our fundamentals and technique,” Hurt emphasized. “(Charles Henderson) was a little larger (than us) and that kind of made us get away from our technique some. Those are things you can’t have happen in games like that.

“It’s the same thing with Straughn. We have to do the things we’re supposed to do. We can’t miss tackles, we cant jump offsides and we can’t turn the ball over.”