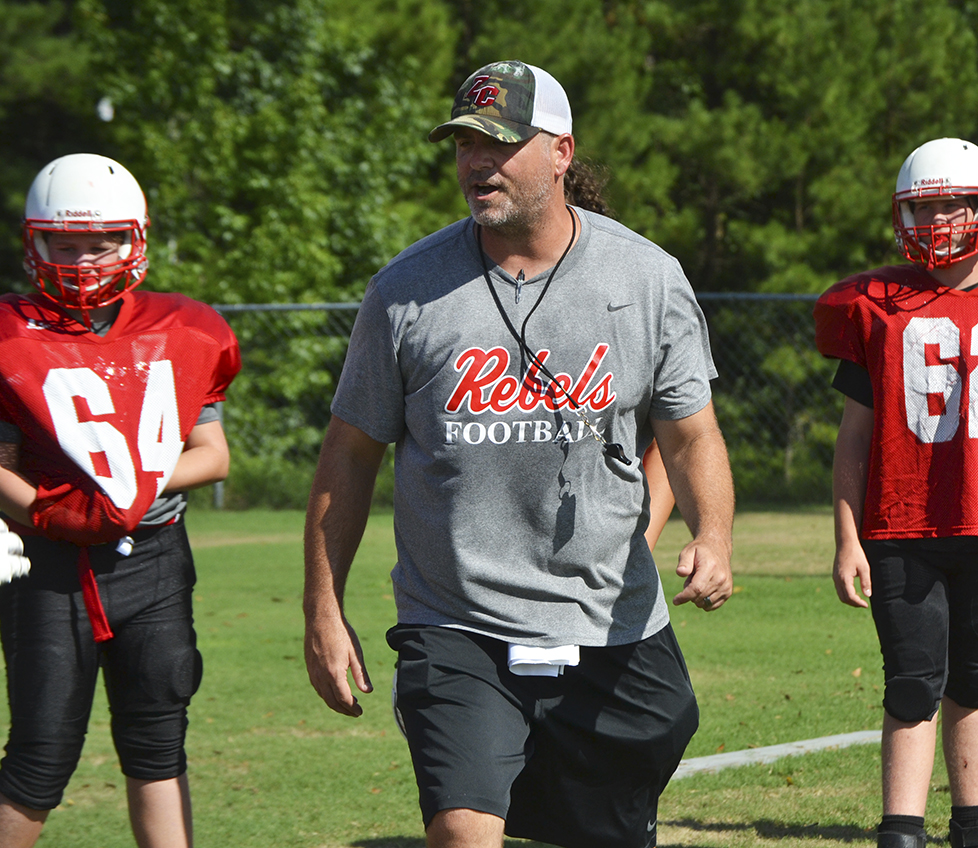 The Zion Chapel Rebels have been working in fall practices for longer than most schools in the Wiregrass and are excited to finally get some game action this Friday, in a preseason jamboree.

The Rebels got fall practices started a week earlier than most schools – due to not holding spring practices – and now Zion Chapel is ready to compete against another team, rather than each other.

“We’ve gotten a little better everyday and as long as they’re improving, I’m happy,” Zion Chapel coach Cody Keene said. “I think they’re ready to take on someone else other than each other. It’s been a long preseason and they’ve gotten after each other pretty good.”

On Friday night, the Rebels will face off against Class 1A’s Florala Wildcats, under new head coach Jordan Cantrell. The Wildcats are coming off a three-win season in 2021 but prior to that had made the playoffs three consecutive years, which is a feat that hadn’t been accomplished since 2006.

Cantrell comes to Florala after having spent the past eight years in “big school football” as the head coach at West Limestone High School in Class 4A from 2014 until 2017 and at Class 5A’s Elmore County from 2018 until 2021. Cantrell’s 2016 West Limestone squad won 10 games and three of his four West Limestone squads made the playoffs.

“They have a new coach and some new kids from what they had in the spring,” Keene said of Florala. “We looked at some older film and studied some of (Cantrell’s) teams and what they’ve done in the past, but (Florala) is a little bit of a mystery.

“We prepared for some things to have our kids ready for a few different scenarios but it will be a mystery Friday night until we get there.”

Florala also returns one of its key players from last season, all-state athlete Zane Weeks, who lines up all over the field for the Wildcats. In 2021, Weeks played linebacker, receiver, defensive back and running back. Weeks totaled 96 tackles, seven tackles-for-loss and three fumble recoveries last season along with netting 549 all-purpose yards and five total touchdowns on offense.

Keene’s primary focus for the preseason jamboree is to see his team give the same effort they’ve been giving in fall practices.

Zion Chapel and Florala will kickoff at 7 p.m. from Matthews Stadium in Florala.