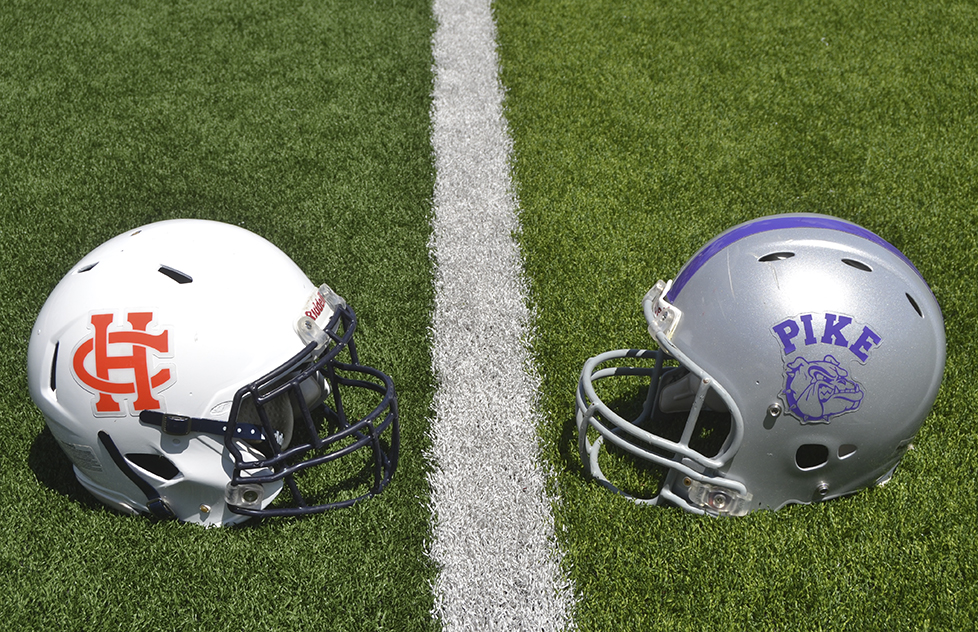 The Pike County Bulldogs and Charles Henderson Trojans will square off in a preseason jamboree this Friday. (Photo by Josh Boutwell)

The Pike County Bulldogs and Charles Henderson Trojans will open the 2022 season this Friday, Aug. 19, in Brundidge for the annual preseason jamboree between the two programs.

While this year’s game was originally planned to be a regular season matchup – which would have been the first time since 1999 – during the summer it was moved back to being a preseason jamboree. Still, both coaches are going into the game treating it like any other game.

“We know exactly what kind of game it is, this is a jamboree game and it doesn’t count, but we’re still Pike County and Charles Henderson and we want to play and compete,” Pike County coach Mark Hurt said.

CHHS coach Quinn Hambrite said he doesn’t want players that would treat it any less either.

“I expect them to go into every game expecting to win, whether the team is superior or inferior to us or whether it’s preseason or postseason, we have to have that mentality every week,” Hambrite emphasized. “If you don’t have that mentality, I don’t want you around the program, because we’re trying to change the culture around Charles Henderson football. I think we’re going to fight and fight hard and we’ll compete strongly.”

Hurt is impressed with the type of skill players that the Trojans have on offense as much as anything else.

“I know they have a lot of athletes, a lot of big-play guys,” he said. “They have some great big-play receivers, a good quarterback and a good running back.

“They have some experience from being young last year and now having that year of experience under their belt. I except them to come out and do what they do, big plays and run the ball.”

Hambrite pointed to the size of Pike County’s team – in terms of numbers – and speed as standing out.

“They have a lot of speed on the edges, speed in the backfield,” Hambrite continued. “They’re pretty stout up front and we expect them to try and spread the field and try to score points early.

“They don’t have anything to lose and they have a new coach and new players. Their team is the biggest Pike County team that I’ve ever seen, even when I was in high school. They would have 19 players and win a state championship back then. I expect to see a lot of speed out there and a higher level of competition from them than we experienced last year, for sure.”

Hurt is looking to gauge where his team currently is with this game.

“I want our guys to make sure they line up, execute and compete,” said Hurt. “I want to see where we are by the end of this game and how we handle different situations. It’s all about mental toughness and competing and right now that’s what I want to see from our guys.”

Hambrite echoed similar views on what he wants to see from his Trojans.

“I want us to compete,” he flatly said. “I’ve been preaching to them all week that it doesn’t matter the size of the school, you respect the man that lines up in front of you and compete. The end result is hopefully a win but that’s ultimately up to them and their mentality throughout the week leading up to the game.”

Pike County and Brundidge kick off at 7 p.m. in Brundidge’s Bulldog Stadium on Friday night.