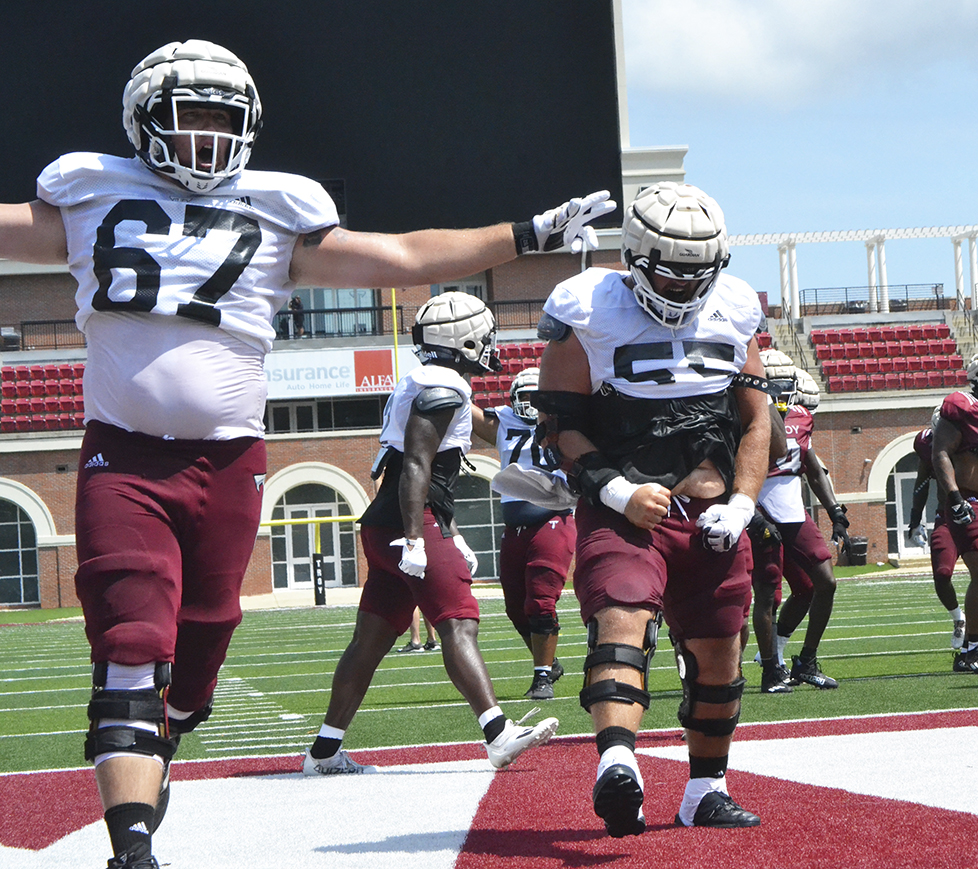 With school coming back into session on Wednesday, the Troy Trojans football team is coming to the end of fall camp.

The end of fall camp signifies the time that the team has together during the days lessens due to NCAA rules and players’ classes, but head coach Jon Sumrall said the Trojans will remain in “camp mode” through the end of this week.

“This is the last true week of training camp but in our mindset we won’t truly end training camp until the scrimmage on Saturday.”

“The energy to start practice was high today and I think we’re moving the ball in the run game better than we have the entire time and it’s getting better every day,” said Sumrall. “That group on the offensive line is probably the most improved group on our entire team.

“We have some really good (running backs) and the quarterbacks are communicating well at the line of scrimmage. I think we’re improving well offensively. We have to get better at a few things but I was really pleased with our run game and I thought today’s practice was really good.”

Newcomer Kyle Cass has already caught the eye of his coaches as he enters his second week of practice with the team after transferring from Mississippi State.

“Cass has really good length and athleticism and runs well,” Sumrall said. “He looks like an SEC body as a defensive back, he’s a good looking kid.

“I think he’s hungry, too. He’s from Mobile and went to Blount (High School) and he maybe didn’t get the playing time he wanted (at Mississippi State), but I think he has athletic traits that position him to play well here. Right now it’s about how fast can he get caught up.”

Practices this week culminate with the Fan Day scrimmage at Veteran’s Memorial Stadium this Saturday, open to the public.