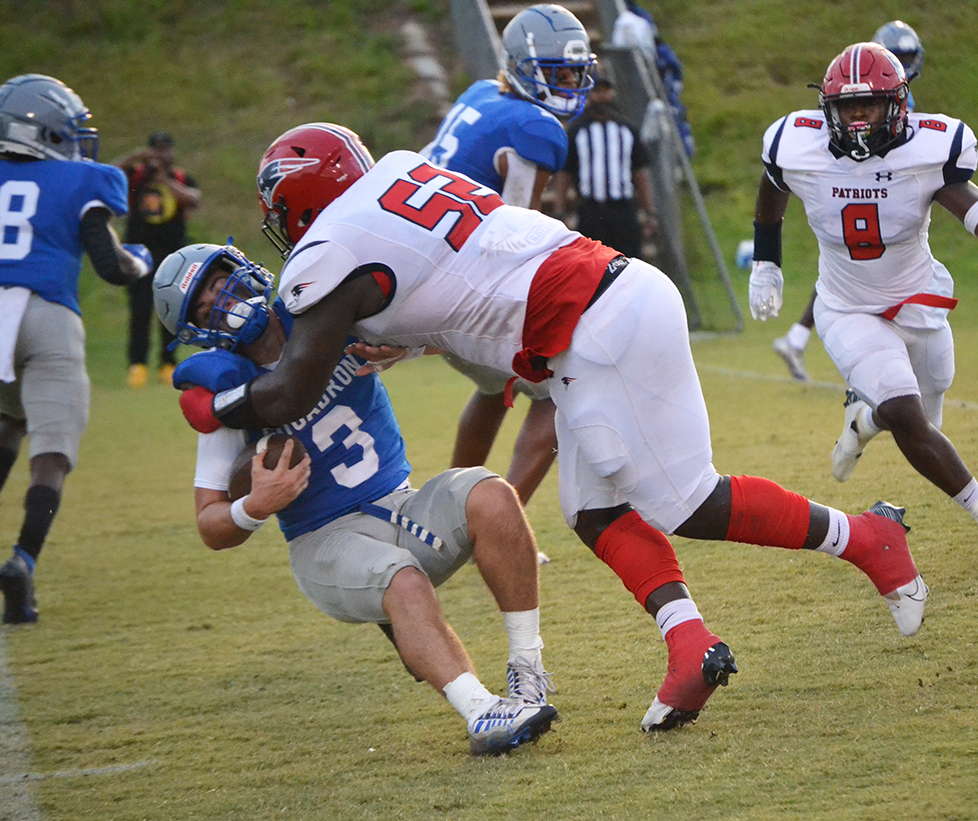 The Pike Lib Patriots kicked off its inaugural season in the Alabama High School Athletic Association (AHSAA) on Friday night with a preseason jamboree against the Highland Home Flying Squadron on the road and fell 18-0.

Highland Home is coming off a Class 2A Semifinals appearance in 2021 and this was Pike’s first game of any kind against an AHSAA opponent. While PLAS played Highland Home tough throughout the four quarters, Highland Home’s depth eventually wore the Patriots down.

The PLAS and Highland Home defenses took control of the game at this point until Shepherd bobbled the snap on a punt and raced 20 yards to convert a fourth-and-long with just over five minutes remaining in the first half. McKenzie then threw a 32-yard touchdown pass to Florida State commit Keldric Faulk. PLAS shut down a 2-point conversion attempt, however, and Highland Home’s lead remained 12-0 with 4:53 left in the half.

Highland Home looked to add to the lead late in the half, but Bradford intercepted a McKenzie pass at the Pike 5-yard line with just 13 seconds left. The Flying Squadron took the 12-0 lead into halftime. 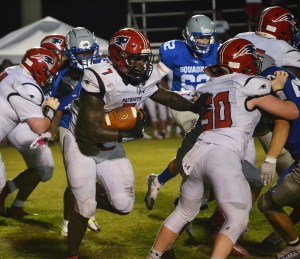 Highland Home then drove inside the Pike 10-yard line but turned the ball over on downs, as well. Highland Home took the 12-0 lead into the fourth quarter. Things took a turn in the field position battle when a shanked Patriot punt gave Highland Home the ball back on the PLAS 30-yard line. Bradford forced his third turnover of the game next, though, as he made a leaping interception at the 1-yard line.

After a three-and-out, another short Pike punt put the ball on the PLAS 32-yard line. The Pike defense stood tall again but a terrific Flying Squadron punt was downed inside the 1-yard line once again. A few plays later, Dawson’s pass was intercepted at the 10-yard line and returned for a touchdown by Highland Home linebacker Austin Crittenden with 4:48 left in the game to seal the game. The Patriots blocked the PAT and the Flying Squadron would retain the 18-0 lead for the remainder of the game.

Nemo Williams rushed for 123 yards on 20 carries for the Patriots.

The Patriots will kickoff the regular season on Aug. 19 on the road against Mobile Christian.