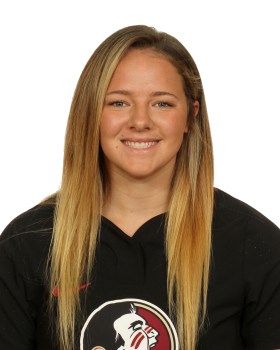 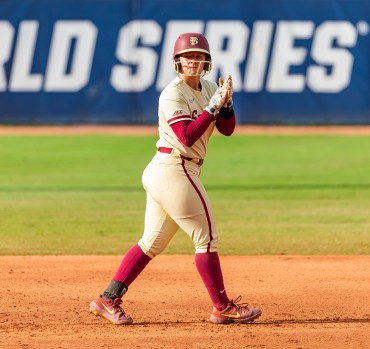 Shelnutt was the star of the 2018 Women's World Series. (Photo courtesy of Florida State Athletics) 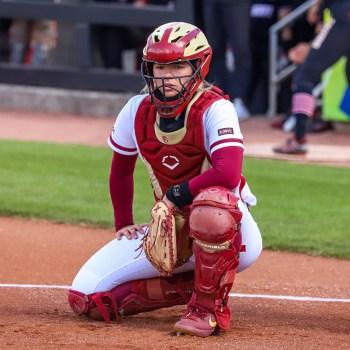 Shelnutt comes to Troy after one year as an instructor at Champions Fast Pitch Academy in Marietta, GA. Shelnutt was one of the most prolific players in the history of Florida State softball and was the star catcher on the school’s 2018 National Championship team. During the 2018 College Series run, Shelnutt belted five home runs and scored 15 runs in the postseason.

“We are so excited to add Anna to our Troy Softball family,” Troy coach Eric Newell said. “Anna brings a national championship caliber competitive spirit that is highly contagious.

“I cannot wait for her to begin interacting and working with our players. She demands excellence and will help us bring our culture to another level. As a standout player herself, I am excited and anticipate her connecting, relating and mentoring our current and future student-athletes. She will be utilized in a lot of different ways, but we will lean on her heavily with hitting, video breakdown, recruiting and working with our catchers.” 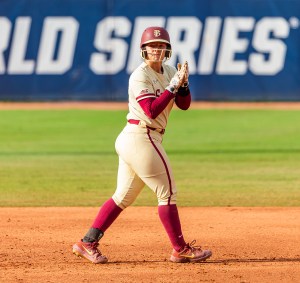 Shellnut was the star of the 2018 Women’s World Series. (Photo courtesy of Florida State Athletics)

Shelnutt’s 31 career home runs ranks her 10th in Florida State history, while her .993 career fielding percentage ranked fifth. Her 1,211 career putouts is a school record, as well. Shelnutt earned All-ACC honors from her catcher position in 2019 when she boasted a .293 batting average with eight doubles, 11 homers, 35 RBIs and a .585 slugging percentage. Shelnutt overcome a gruesome eye injury in her junior season when a ball hit her in the eye, fracturing a number of bones in her face.

“I am beyond excited for the opportunity to become a part of the Troy Softball family,” Shelnutt said. “Having played five years of softball at Florida State alongside some of the most elite players of the game, I have been blessed to learn from some of the greatest minds in the sport of softball.

“I am excited to share (that) knowledge with the Trojan program and add to the culture and competitiveness of Troy Softball. My goal is to be a coach and mentor who instills the importance of being a great player, teammate and female leader, both on and off the field. I can’t wait to get started and see what the future holds.”

Troy is Shelnutt’s first coaching job but Champions Fast Pitch Academy is well known in the softball world as churning out elite Division I softball prospects annually. The Franklin, GA native’s list of accolades at the high school and college level is long. She earned ACC All-Tournament three times, was All-ACC twice, World Series All-Tournament and twice made the All-ACC Academic Honor Roll. She also helped guide Heard County High School to its first state championship in 2014 and was a two-time All-State catcher. She was also the Georgia Player of the Year and Offensive MVP as a senior in high school.