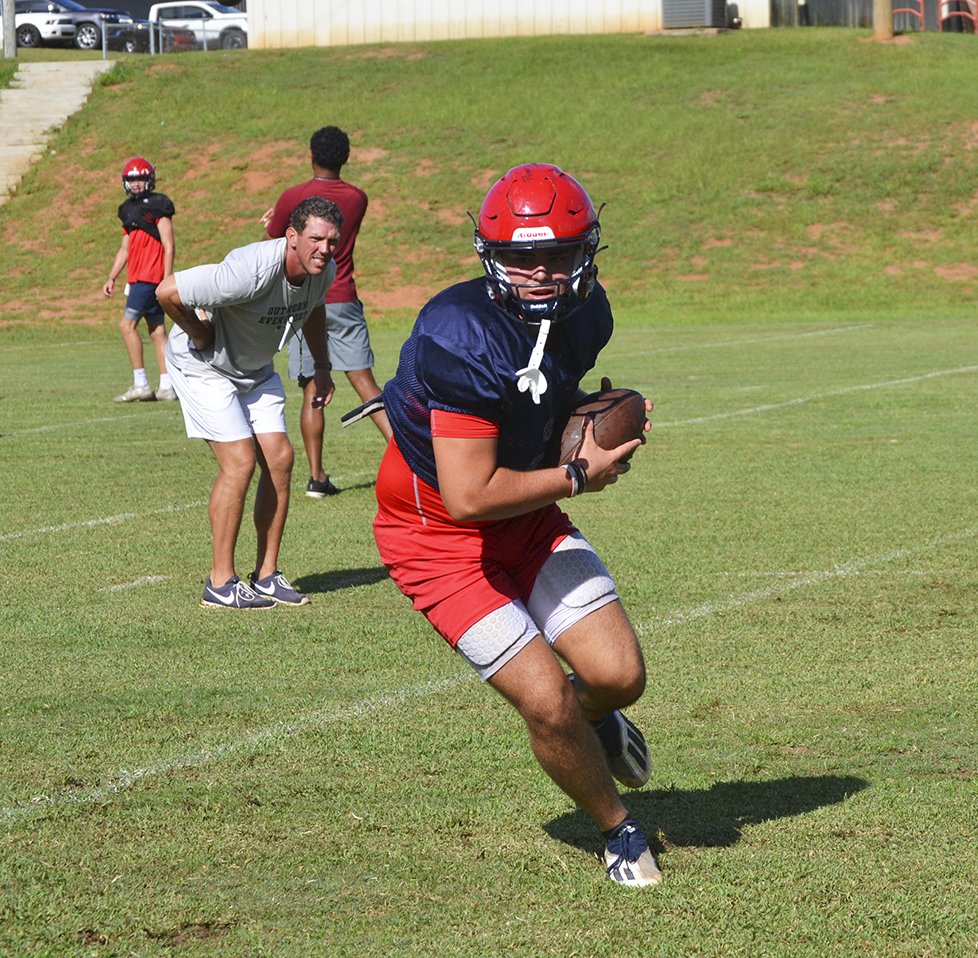 The Pike Liberal Arts Patriots will jumpstart the 2022 football season this Friday, Aug. 12, on the road against the Highland Home Flying Squadron in a preseason jamboree.

PLAS is coming off its second week of fall practices and new head coach Travis Baxley feels like his group is coming together.

“The kids are starting to get comfortable with what we’re trying to do, which is important because when you get to competition you need to be able to just play and not think about fundamentals or scheme. We’re getting there one day at a time.”

While this matchup won’t count as a regular season game, it’s Pike’s official entrance into the Alabama High School Athletic Association, and the Patriots will be greeted by one of Class 2A’s top programs in 2021. Highland Home is coming off a season in which the Flying Squadron made it all the way to the Class 2A Semifinals, including wins over traditional powers like Lanett and Elba in the playoffs. Highland Home finished the season with six straight wins before losing to Clarke County in the playoffs.

“I expect to see a great football team,” Baxley said of Highland Home. “I think they were semifinalists last year and they have some great athletes over there. They’re going to be big upfront and well coached with good skill players.

“We’re excited for it. When we get to a 2A region next year, Highland Home has sort of set the bar for what excellence in 2A looks like the last 2-3 years. It will be a great measuring stick for us moving forward as to what we want to accomplish here.”

Highland Home’s talented team includes a pair of brothers who are considered two of the top college recruits in Southeast Alabama. Keldric Faulk is a senior defensive end committed to play college football at Florida State, while his younger brother Jakaleb Faulk, an outside linebacker, holds offers from a number of Power 5 programs including Ole Miss, Auburn, Kentucky, Florida and Florida State. The two brothers combine to form one of the most menacing defensive tandems in Alabama high school football. The 6-foot-6-inch, 250-pound Keldric Faulk earned both ASWA All-State and MaxPreps All-American honors last season.

Like all of the Patriots’ games this season, the matchup between Highland Home and PLAS will be the first meeting of any kind between the two schools. It will also be Pike’s first look at an AHSAA opponent.

“I want to see us compete and brace ourselves through the mistakes,” Baxley emphasized. “We’re going to make some mistakes but it’s about attitude and focus.

“It’s easy when you’re winning and things are going good, but when bad things happen can you just play the next play and compete as hard as you can? That’s what I’m looking for from our guys.”