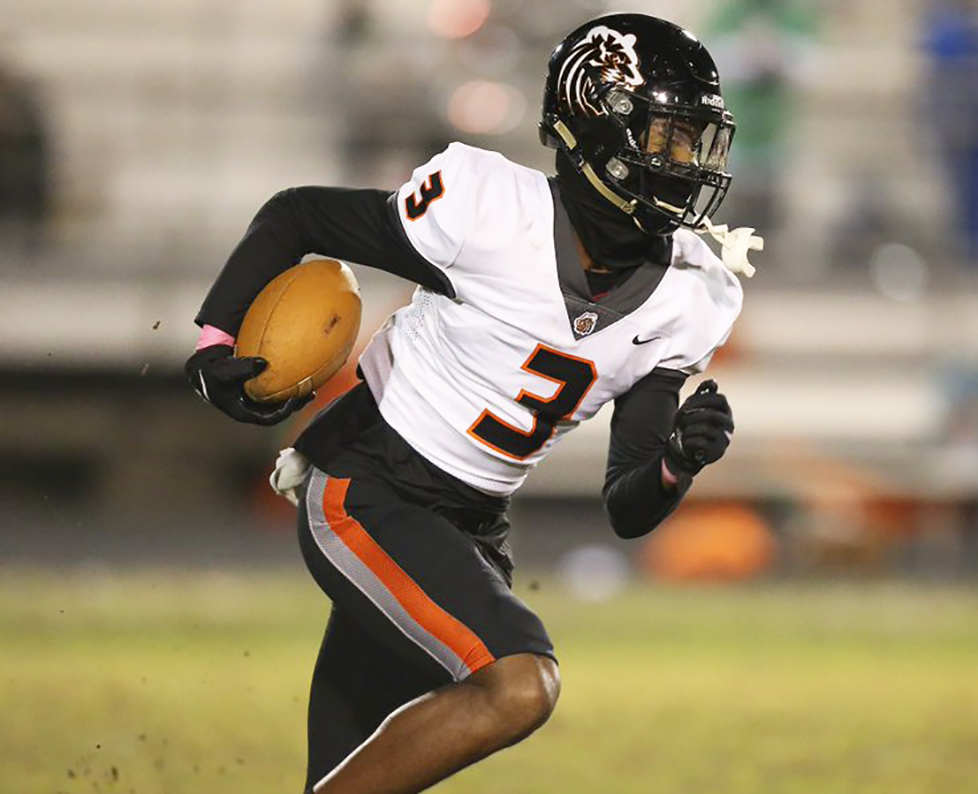 McNulty is currently listed as a three-star recruit from 247Sports and the 48th overall prospect in the State of Alabama. The 6-foot-4-inch, 180-pound Bay Minette native said that Troy made him feel wanted immediately.

“I decided to commit to Troy because that’s where I felt at home,” he said. “I can be myself and also have the coaching I need to play at the next level.

“They also stand out to me because they wanted me when they first laid eyes on me. They didn’t hold back on offering me a full spot to be a part of their program at the next level and I like Troy because they are more family based, which is something I like.”

“Coach Sumrall is my ‘dawg’ for sure,” McNulty emphasized. “I love how enthusiastic he is about the game of football. Having a coach that loves the game as much as you do is a plus to the program because he will do anything it takes to win. He’s a great guy!”

McNulty has lofty goals for his college career and beyond.

“My goals for my college career is to come in as a true freshman and be able to experience game play early once I enroll in school and become a high draft prospect throughout my college years,” he said. “Dealing with adversity and success as an individual and being able to perfect my craft as I go on in my career is a goal for me, as well.”

McNulty, though, isn’t looking past his senior season at Baldwin County, though.

“My goal for this season is to make a run for (the) state (championship) and win it all in Class 6A,” McNulty said. “I’ve wanted and worked for that all of my 3-4 years of high school football. I will be setting some records and breaking records this upcoming season, too. I want to be remembered for what has yet to come.