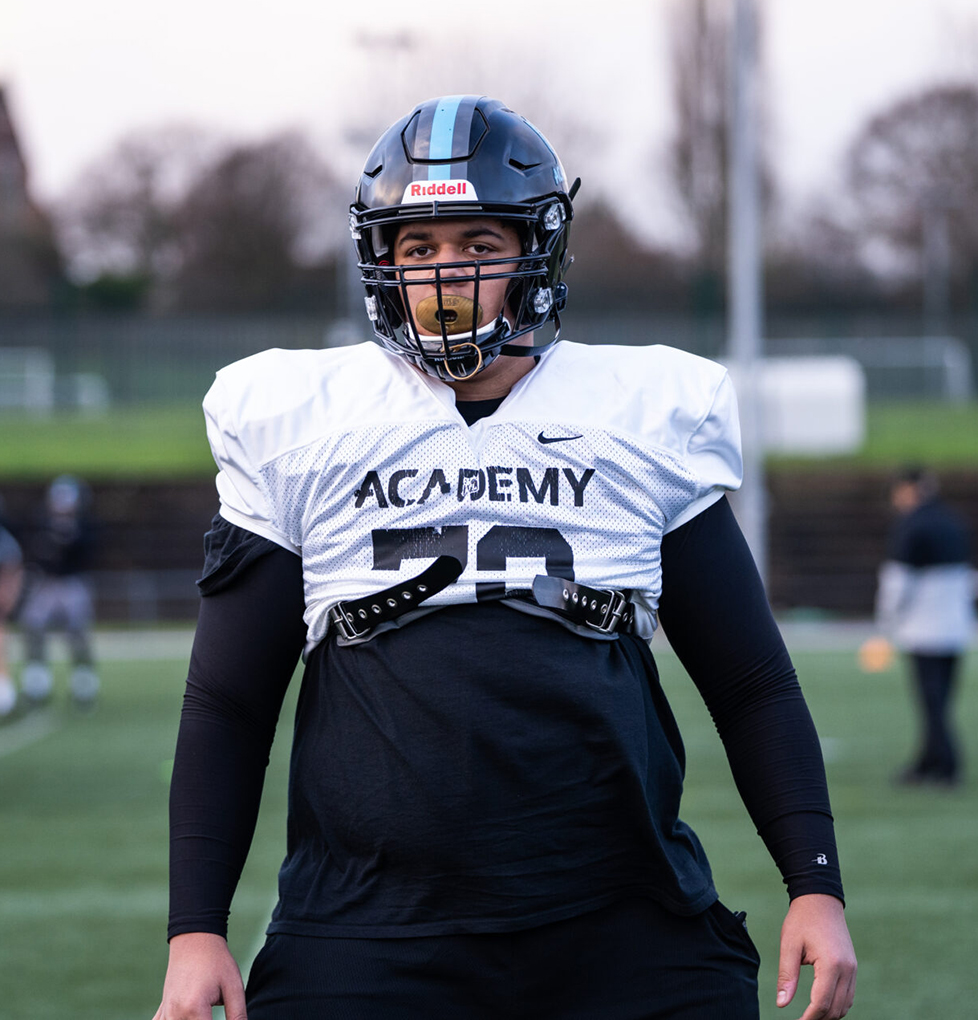 Harvey-Fallows brings an intriguing story to the Trojans as he grew up in the United Kingdom, learning the game of American Football with the Chorley Buccaneers before attending and graduating from the NFL Academy. The NFL Academy is a football academy that trains high school students around the world in American football.

Harvey-Fallows was then recruited by Laney College in California of Netflix’s “Last Chance U” fame. The 6-foot-4-inch, 330-pounder excelled playing both offensive guard and tackle, earning All-Bay 6 Conference honors at guard for the Lions.

“Troy looks like an amazing school in a great conference and (offensive line coach) Cole Popovich’s experience really swayed my decision,” Williams said. “Cole Popovich’s influence was really everything in making me come. My experience in JUCO was amazing and it helped me understand the sport more and make loads of friends and brothers.

“Being at Laney has taught me so much. I thought I kind of knew football but I clearly didn’t and it has made me understand your in the best sport in the world. My goals at Troy are to become a better football player and person. Also, the NFL is in grasp now, so I’m aiming for that.”

Coming from the UK to California, and now Alabama, is certainly a culture shock for Harvey-Fallows but one he is embracing.

“The process going from all three of these places has been amazing,” he said. “I have never been to Alabama before and don’t really know much about the place or even where it is. Seeing all the cultures, people and places has been one of the best experiences in my life, though.”

Wallace made the decision to come to Troy as a preferred walk-on over scholarship offers from other smaller schools from around the country.

“I talked with Coach Popovich a lot and we had a great connection from day one,” Wallace said of his decision. “He (and the

coaches) decided to give me the opportunity to come in and earn my scholarship and gave me a preferred walk-on spot, a chance to prove myself at the highest level possible.”

Like Harvey-Fallows, Wallace has never been to Alabama but said he has family in Georgia, which helped sway his decision, as well.

“My grandmother lives in Georgia, so she can come watch some games now, which was a big thing for me,” he said.

Wallace said the JUCO experience has been a humbling one but one he’s proud of.

“It’s been a hard and humbling experience going from a one bedroom apartment with 10 other dudes sharing one bathroom and everything like that,” he continued. “It made me a better person and helped me show my growth and my discipline and made me work harder towards my goal each and every day. I had support from my coaches and family members and it was a grind everyday.”

Wallace said that he not only wants to earn a scholarship once he gets to Troy, he wants to become a leader, as well.

“I want to come in and get the job done and make the team better,” Wallace emphasized. “I was a team captain at my JUCO and I plan to come in and show leadership at Troy, too. I want to lead and help bring a championship to Troy because I’m in championship mode right now. I’ll be coming in to make a name for myself and I’m ready to ball.”

The Trojans are attempting to replace former All-Sun Belt center Dylan Bradshaw at the position this season and during the spring rotated multiple players at center, including All-Sun Belt guard Jake Andrews. In January, former Tennessee State center Jeremiah Frazier also transferred to Troy, as well.

In the past week, Troy has landed four JUCO offensive linemen after head coach Jon Sumrall stated during the offseason he planned to add depth at the position. Of the four, Harvey-Fallows can play both tackle and guard, Wallace is a center, Northeastern Oklahoma A&M transfer Kobe Williams is a guard and Palomar College transfer Jonas Woods can play both guard and tackle.