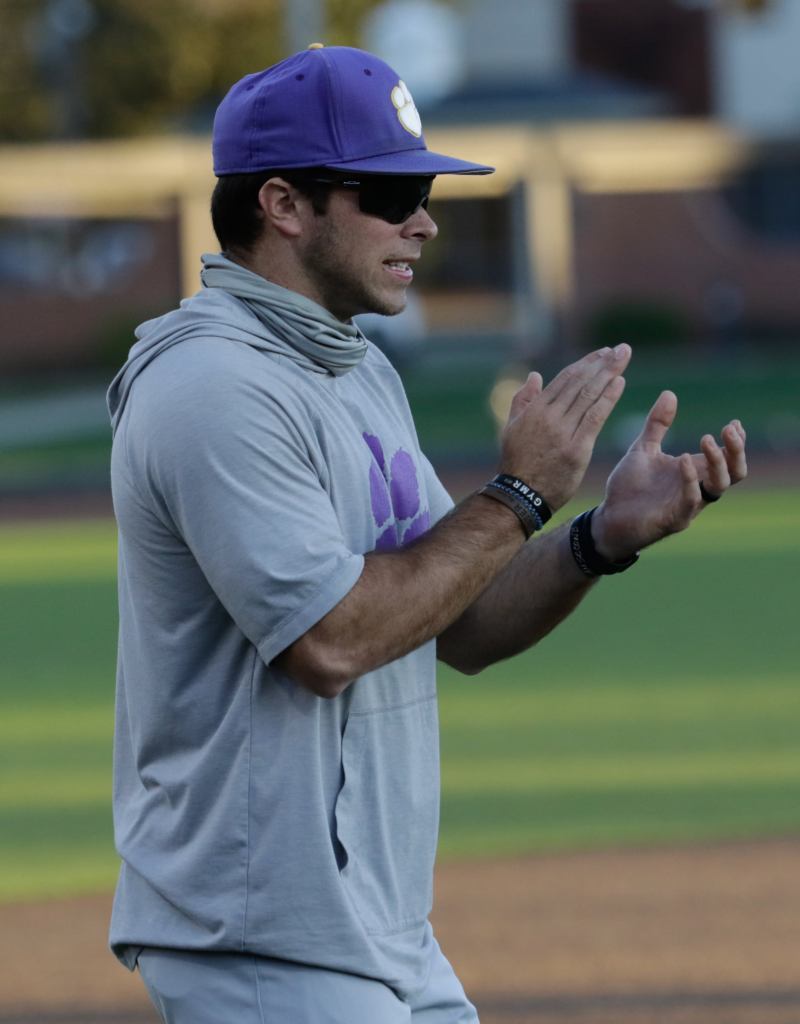 Pike Liberal Arts has hired the grandson of Butch Austin to lead the PLAS baseball coach. Photo by Dan Smith)

On Thursday, June 23, Pike Liberal Arts School announced that state champion winning baseball coach Rush Hixon has stepped down from his position and former Pike assistant coach Will Austin has been hired to replace him.

Hixon is departing his alma mater to accept a position as assistant coach at Chipola College in Florida.

“I want to start by saying I love Pike Liberal Arts School with everything I have,” Hixon said. “Pike is home to me and always will be. I’ve been blessed with an incredible administration, players, parents and co-workers, which makes this move extremely hard.

“Pike is so special to me in so many ways and without Pike and the support of the Pike family I wouldn’t be where I am today. I can’t say thank you enough to everyone who has made my time at Pike so enjoyable. I’ll forever be a Pike boy and cannot wait to watch the continued success of the school and athletic program.”

“First off, I’m extremely humbled and blessed to be able to come back and coach a great baseball program at Pike Liberal Arts School,” Austin said in a statement. “Troy is a baseball town and I am excited to build upon the tradition and success that has already been accomplished here.

“Pike Liberal Arts School has a special place in our family, as my grandfather Butch Austin coached here for numerous years and the field is named in his honor. That success was built upon by Coach (Allen) Ponder and Coach Hixon, who continued to pursue excellence in winning multiple state championships.”

Austin emphasized that he wants to continue building great people off the field, not just champions on it.

“We will be good men on and off the field, while chasing excellence in pursuing a state championship,” Austin said. “I am really excited to get to work with the guys.”

Before coming to PLAS originally, Austin served as the head coach of the JV baseball team and assistant varsity coach at Savannah Christian Preparatory School in Georgia. He played his high school career at Savannah Christian and went on to play collegiately at Southern Union Community College and Armstrong State University.

“Coach Will Austin is the perfect choice to continue to carry on the tradition of success that is Pike baseball,” Hixon said. “Will is a hard-working, high character guy that will be an asset to PLAS.

“Will knows what it takes to be successful on the field and in life. He will bring great energy and work habits to Pike baseball that players will love. I couldn’t be happier for him to get this opportunity to take the next step in his career. I look forward to watching Coach Austin and the Pike boys for many years to come.”

“I am thankful for everything Coach Hixon has done for this school and the baseball program in particular, and he has certainly had a lot of success. But I understand his career goals and I am happy for him. We are losing a great one, but we are also gaining a great one. It’s a win all the way around.”

PLAS Chairman of the Board of Trustees John Ramage echoed Burkett’s gratitude towards Hixon.

“First and foremost, I want to thank Coach Hixon for the leadership that he has shown over the last eight months or so in the many roles that we have asked him to serve,” Rampage said. “He led us to three state championships in two sports and more importantly impacted many student athletes with servant, Christian leadership.

“Coach Hixon is a true Pike Liberal Arts Patriot and while we will miss him on the campus we wish him continued success as he takes a big step in what promises to be a great coaching career in post-high school baseball.”

Ramage also emphasized that he believed the Pike Athletics program is in hands with new hires Travis Baxle and Austin.

“As Chairman of th Board of Trustees, I am honored to welcome Coach Will Austin and his family back to campus,” Ramage emphasized. “Coach Austin brings with him a wealthy of knowledge and true passion for coaching, which will serve us well as we transition into the AHSAA and more specifically Class 2A.

“It goes without saying that this summer has been unique for the Patriots but I am confident that Coach Baxley, Coach Austin along with all other returning coaches have a path to success. There are great days ahead for the Patriots.”