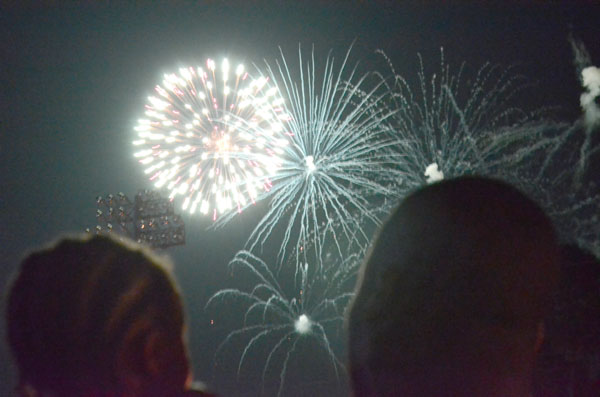 As usual, the City of Brundidge will get the 2022 Fourth of July celebration off to an early start and with a SummerFest BANG!

The Brundidge Business Association’s Independence Day Celebration and SummerFest will get underway with the Independence Day Parade at 9 a.m. Saturday and conclude with the city’s Inaugural Fireworks Show at nightfall at Bulldog Stadium.

Throughout the day, there will be entertainment, arts and crafts, festival foods and activities on the grounds of the historic Bass House on South Main Street.

“The Fireworks Show is something new for the city and we are hoping that it will be a continuing part of our Independence Day celebration and SummerFest,” Wright said.

Everyone is invited to come and enjoy all the activities that will be centrally located on the grounds of the Bass House and at the Knox Ryals Pavilion.

“The full day of activities will culminate with the fireworks show at Bulldog Stadium,” Wright said. “The gate at Bulldog Stadium will open at 6:45 p.m. and that will be a great place to sit and watch the show. The fireworks are being launched from ‘the hole’ so the show should be visible from most anywhere in town.”

Wright said the fireworks will begin as soon as the sky darkens and provides the backdrop for the show.