“The dream of a modern amusement house for theatre patrons of this section is at last a reality and hundreds of local and out-of-town movie-goers will attend the grand opening of the Enzor Theatre, tonight at 8:00 o’clock to see “Love Before Breakfast.”

A number of surprises are on the program for this evening, including a number of gifts from popular movie stars which will be awarded to the patrons from the stage by Glenn Crouch, Manager of the Theatre.

More than a year ago, Glenn Crouch, then owner of the Princess Theatre sold his interest to the Wilby-Kincey chain, later inducing the owners to seek larger quarters to accommodate the ever-growing crowd of theatre patrons.  Negotiations were then made with Troy capital, culminating in the new and beautiful home that will hold its grand opening tonight.

Okel & Son, Montgomery architects, drew the plans and specifications for the building, erected at a cost of approximately $35,000, and the contract was let to Henderson-Black & Greene Mill Company, local builders.

The new Enzor Theatre is considered one of the most beautiful amusement houses in Alabama.  It is equipped with the finest and most modern theatre equipment.  The interior of the theatre will be a novelty and something different for this part of Alabama.

The walls and ceiling will be treated so that those who are on the inside of the building will feel that they are in a Spanish garden.  An animated sky with twinkling stars and lazy moving clouds may be seen above, while on each side of the auditorium one will have the illusion that Spanish dwellings surround the garden.  In other words, the theatre is to be an ‘atmospheric theatre,’ and even though one sits inside, from all appearances that person really is outside in a garden.

While plans call for a model picture theatre, the stage is beautifully decorated and arranged so that all kinds of stage shows can be presented.  Several vaudeville shows have been booked for the very near future and local patrons are looking forward to seeing good vaudeville without having to go to nearby cities for such entertainment.

The sound equipment is also the very latest.  It is exactly the same equipment as that which is used at Radio City Music Hall.  Pike Countians will really enjoy the perfect reproductions of the world’s leading artists when presented through such modern equipment.”

Free kittens? As right as rain! 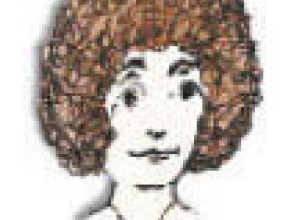