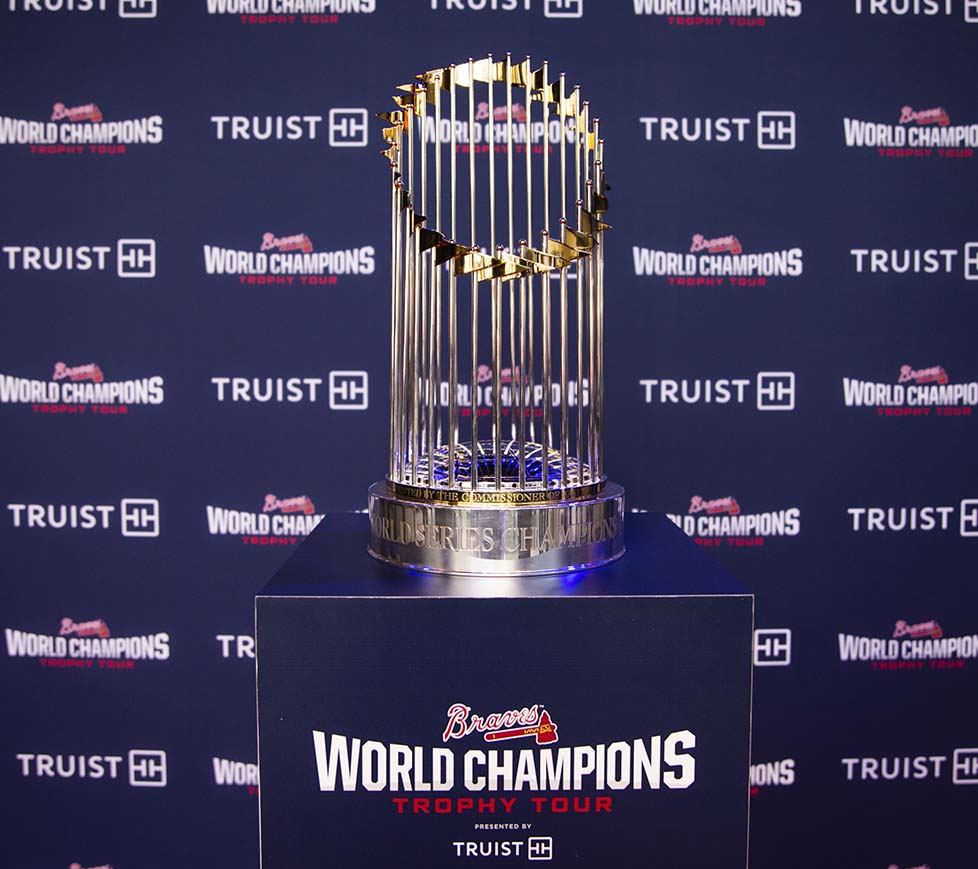 The Atlanta Braves organization will be bringing their World Series Championship Trophy to Trojan Arena on the campus of Troy University on March 30.

The Braves organization are traveling around the Southeast giving Braves fans a chance to see the trophy and take pictures with it. There will also be other entertainment during each tour stop. The Trophy Tour is making a umber of stops in Alabama, which includes Tuskegee, Auburn, Troy, Albertville, Tuscaloosa and Birmingham. In total, the tour is making 151 stops to commemorate 151 years of Braves baseball.

The World Series trophy will make its stop at Trojan Arena on March 30 from 4 until 7 p.m. Visit braves.com/trophytour for more tour details.