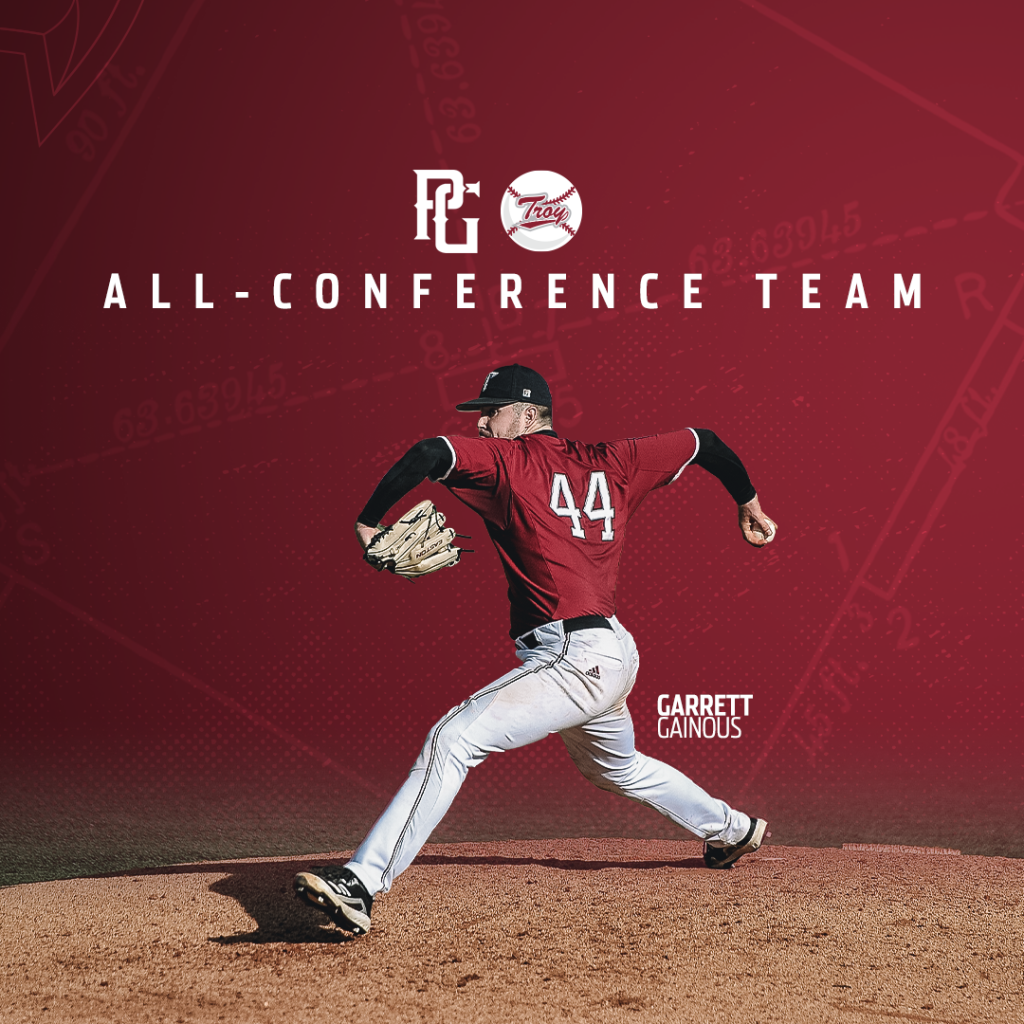 A year coming off being named Sun Belt freshman of the year and a Freshman All American, Garrett Gainous was named to Perfect Game’s Preseason All-Sun Belt Team, the publication announced Thursday. He was one of five starting pitchers to be selected.

Gainous, who enters his second season in the Troy baseball program, finished the 2021 season 9-5 with a 4.66 ERA with 83 strikeouts and just 36 walks in 83 innings of work, tallying seven quality starts, all while holding opponents to a .248 batting average. His nine victories were the most in the country by a freshman starter, while his 83 strikeouts led league freshmen and ranked seventh overall in the conference. In addition, the Cairo, Ga., native sat down 29 batters looking, the second-most in the Sun Belt.

Gainous logged a shutout streak of 16.1 innings last season, the longest by a Trojan since Levi Thomas in 2020.

Gainous and the rest of the Trojans continue to prepare for the 2022 season when they kick things off at Riddle Pace Field against Holy Cross on February 18.