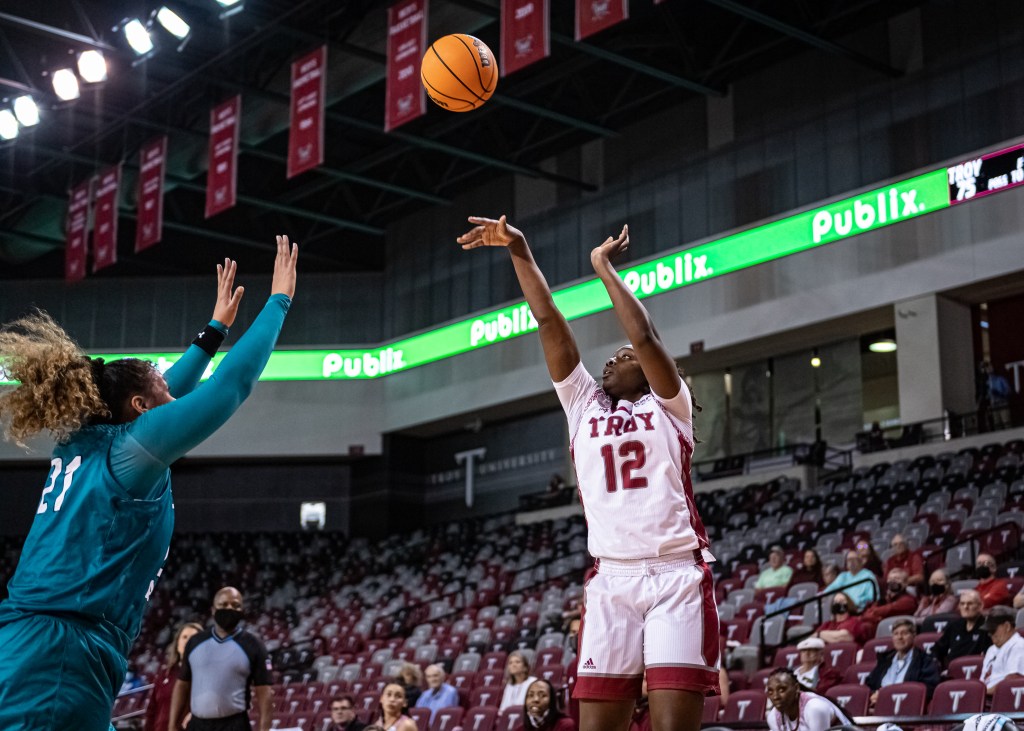 Troy University Brianna Harris and the Trojans are currently on a six-game win streak.

The Troy Women’s Basketball squad will trek to San Marcos, Texas to square off against Texas State in the first leg of their Texas two-step Thursday at Strahan Arena.

With her 27 triples made, senior Tiyah Johnson leads the Sun Belt conference by five made threes.

In Troy’s win over Coastal Carolina, the Trojans had just eight available players, six of which finished the game in double figures.

The Trojans have one 16 of their last 17 Sun Belt Conference games and nine in a row dating back to last season (not including tournament matchups). Appalachian State and Georgia Southern were the only two teams to defeat the Trojans.

Last season, the Trojans were only outrebounded or tied in rebounds four times through all 25 games. This season, Troy is 3-5 when being outrebounded.

The Trojans are just 3 games away from closing in on 300 consecutive games with a made three pointer.

Troy is known for playing fast and playing everyone. Of Troy’s 14-man roster, 13 of them have seen playing time. (Jelissa Reese is the only Trojan who hasn’t; she has not dressed due to injury thus far).

Trojans announce promotions to kick off 2022 with a…