Bloomfield gets hat trick for Troy 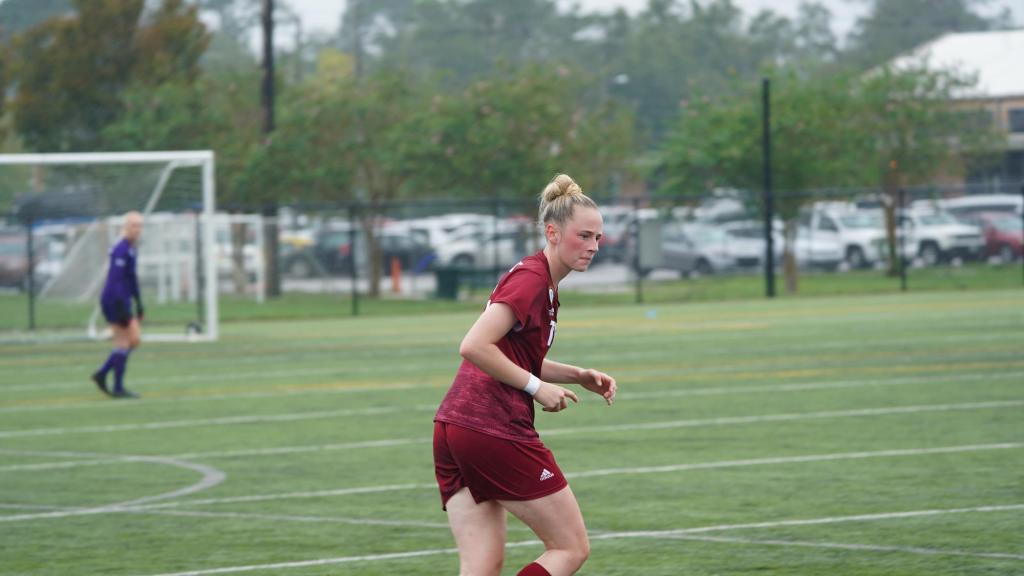 Troy University Erin Bloomfield has scored four goals for the Trojans this season.

Troy soccer closed out its 2021 Troy Tournament with a 3-0 victory on Sunday over Alabama A&M. The win was the Trojans second shutout of the weekend and second of the season.

For the second consecutive match Erin Bloomfield provided the Trojans with the game-winning goal while adding multiple insurance goals in the second period. Two of Bloomfield’s goals were assisted by Ella Owen and Taytum Terrell. Lindsey LaRoche earned her third career shutout victory, first of the year, while stopping two shots on goal.

“Congrats to Erin Bloomfield for getting a hat trick today” head coach Nicole Waters said. “She obviously scored for us on Friday night so we wanted to get her on the field as much as possible today because she has her goal scoring boots on.”

In the final minute of the first period, freshman Erin Bloomfield was in perfect position to take a pass from freshman Ella Owen to score the first goal of the match. Owen’s assist was her first career as a Trojan.

The Trojans continued to be in attack mode when they came out of the locker room as they kept the ball in the Bulldogs zone for much of the second period. The aggressive play paid off once again for Troy when Bloomfield took a pass from Taytum Terrell in the 56th minute to put Troy up by a 2-0 advantage.

In the final minute of the contest Caylah Williams sent a perfect pass to Bloomfield on the right side of the field who was able to get behind the defenders for the easy score, her third of the afternoon, and her first career hat trick.

• Nicole Waters improved to 2-0 in her head coaching career