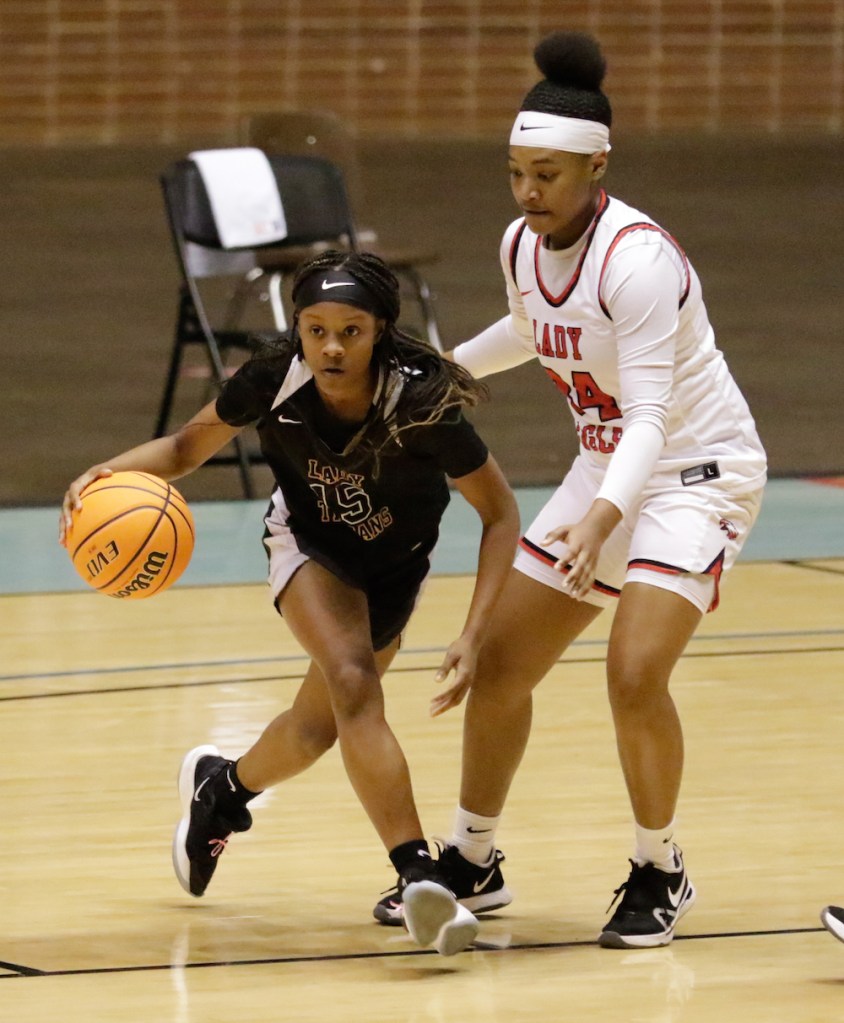 The Charles Henderson Lady Trojans make the trek to Birmingham to participate in their sixth Final Four under head coach Dyneshia Jones-Elder.

The Trojans will take on Jemison bright and early on Saturday morning beginning at 9 a.m.

The Trojans will look to advance to the championship game for the second consecutive season. The Trojans won the Class 5A State Championship last season.

“The thing I keep telling the girls is that they’re only four teams left in 5A in the state of Alabama,” Jones-Elder said. “Regardless of anything else, I am proud of them. We have come a long way due to COVID-19, but that’s the same with every team. We are all excited and blessed that we’re able to play.”

It’s been a season full of challenges for Jones-Elder and the Lady Trojans. The season was put on pause due to COVID-19.

“It was a challenge, but I understood it,” Jones-Elder said. “It didn’t just happen to Charles Henderson. We are blessed to have a season, some schools didn’t have a season. I understood it and I wouldn’t have minded if they told us we couldn’t’play. They made the decision that we could play and we kept moving forward.”

Despite the challenges, Jones-Elder believes that each one of her players learned valuable lessons during the season.

“They all experienced different things, some of them had to deal with death in the family,” Jones-Elder said. “This is one of those things we are going to look back on years from now. Not smile about, but just remember.”

“Every year it’s the same thing about Charles Henderson is not going to be very good because we lost players,” Jones-Elder said. “It’s just motivation. They remember how they had to work hard. They follow my system, they understand it and have been doing it for a while. They are great learners and great listeners. It’s a good group of girls overall.

The Trojans adjusted to their new-look roster and finished the regular season undefeated at home. The Trojans haven’t lost at home since the 2014 season.

“For the ones that only watch our home games, they haven’t seen us lose yet,” Jones-Elder said. “We are fighting hard and strong for our home gym. It’s our gym and I always tell them that. We are not going to let anyone beat us in our house.”

Jemison won the Area 16 championship and defeated West Point, Pleasant Grove and East Limestone to advance to the semifinal round.

“They play man, but at this time we have to be ready for anything,” Jones-Elder said. “I have seen they like to shoot threes. We have to adjust our defense a little bit, but at this point in time, we should know all we need to know. This is the postseason, so you really don’t have enough time to scout and practice what they do. We just have to get better with the things that we are doing.”

“I don’t have to wait all day worrying about the game,” Jones-Elder said. “We are going to wake up, eat breakfast, do a little pregame and get ready to go. Playing the first game, if we are blessed to win, I can focus on the other team and have plenty of time to do it. It’s an advantage. Getting up early is not good, but getting it over with, I love it.”

Unlike in year’s past when the Trojans played at the BJCC Legacy Arena, the Trojans will compete at Bill Harris Arena.