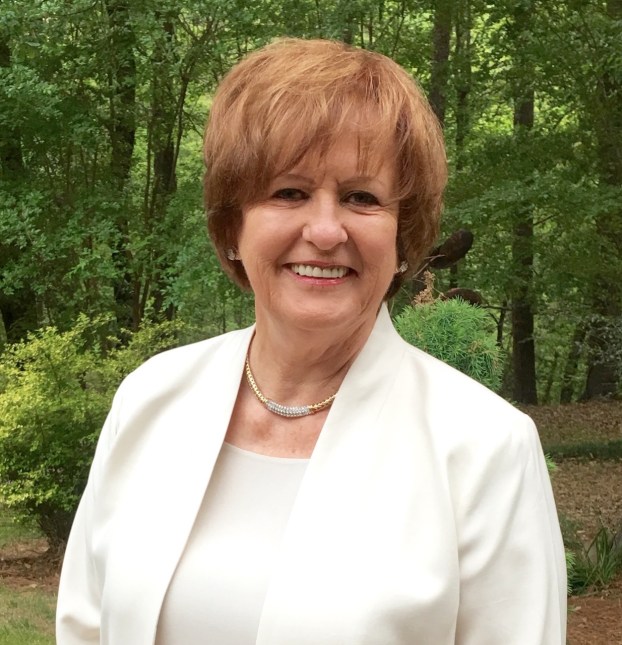 Joan was a member of Goshen High School Class of 1959.  Always lending her multitude of talents, she participated as football cheerleader before and after performing as a majorette at halftime. She also participated in many other activities and clubs and made very special lifelong friends.

At the University of Alabama she earned a Bachelor of Science from the School of Home Economics in 1963.  She joined Alpha Gamma Delta Fraternity, where she volunteered as the resident choreographer, gaining much success in sorority competitions.  She was proud to share her alma mater and her sorority sisterhood with her three daughters.

After graduation she moved to Birmingham to serve as a home economist at Alabama Power Company.  In May of 1966 she married her high school sweetheart, Benny Beard, moved to Atlanta and joined Georgia Power.  After a few years the two returned to their home state of Alabama where she was instrumental in founding Beard Oil Company and continued to play an integral role in the family business for many years.  In addition, upon returning home she touched the lives of many students as a special education teacher at Luverne High School.

Over the years Joan remained an active member in the community of Troy, Alabama.  She was especially fulfilled by helping establish the Troy University chapter of Alpha Gamma Delta, where she served as chapter advisor and house chairman for many years. She enjoyed being a member of The 49ers social club as well as many other groups with friends.  A gracious host and a great southern cook, Joan opened her home to many displaying her love of entertaining and pleasing people.  As an avid football fan, Joan could often be found gathering her family and friends to cheer on her favorite teams, the Alabama Crimson Tide and Troy Trojans.

Known for her adventurous and fun loving spirit, she loved to travel to new places and was always ready for the next trip with family or friends.  She and Benny enjoyed a shared interest in attending horse shows for over 30 years and she was a member of the Tennessee Walking Horse Breeders and Exhibitors Association.

Joan was a member of Troy First United Methodist Church.  She was a devoted wife and mother and later welcomed seven grandchildren, the lights of her life.  Each of them absolutely adored their “Noanie” and looked forward to visits and her signature pound cake.  A favorite pastime was supporting them in their many activities and cheering them on at sporting events.

A family graveside service will be held Friday, December 11, 2020 at Green Hills Memorial Cemetery with Reverend Steve Winton officiating.  In lieu of flowers, the family asks that charitable contributions be made in her honor to Troy First United Methodist Church (213 N. Three Notch Street, Troy, AL 36081).

As a special memorial, friends and family are encouraged to communicate with the family by email to RememberingJoanBeard@gmail.com.  Notes, condolences, memories and pictures will be compiled in a keepsake book for the family.

To know Joan was to love her. She had the gentle presence of a true southern lady and a distinct talent for making all those around her feel special. She will be lovingly remembered and greatly missed by many.