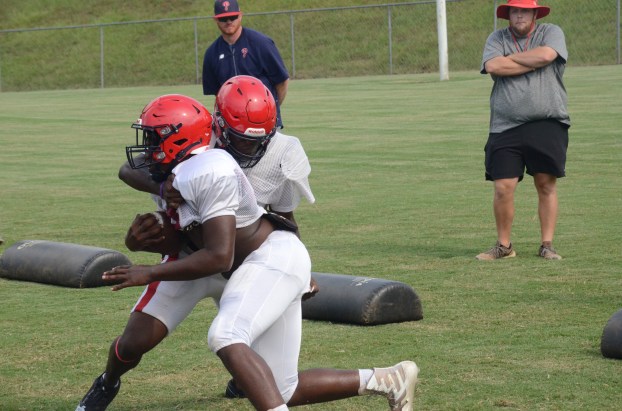 Patriots hope to take two in a row against Monroe Academy

The Pike Liberal Arts Patriots closed out the 2020 regular season with a win over Monroe Academy last Friday night. They will have the opportunity to take two in a row against the Volunteers when they open up the AISA State Playoffs on Friday night.

After finishing the regular season as the two seed in Region 1, the Patriots have the rare opportunity to take on the same opponent in back-to-back weeks. Despite it being a rare occurrence, this will be the second time in the last five years it has happened to the Patriots. The Patriots took on Lee-Scott in the regular season finale and then again in the playoffs in 2016.

“It’s been business as usual,” White said. “You have a few guys excited, guys who never played in the playoffs, but the same attention to detail has been there and we have remained focused.”

With COVID-19 affecting athletics all across the country, making through the regular season without a shutdown was anything but a certainty. The Patriots have treated each game like it could be their last all season long and that won’t change on Friday night.

“We made every single game a playoff game,” White said. “This could be it it after this game, just like each game could have been our last because of the coronavirus. Attention to detail is something we work on each day and it’s been outstanding this week.”

Despite knowing he would have to play the same Volunteer team a week later, White and the Patriots coached and played to win last Friday night and they did just that, defeating the Volunteers 35-18 in Monroeville. The win gave the Patriots their first ever win over Monroe Academy.

“We left it all out there like we do every Friday,” White said. “There is no sense in holding anything back. It was a big weight lifted off our back. I was excited with how the boys played. The boys stepped up and played hard for one another and overcame some adversity.

The  win for the Patriots makes them 1-13 all-time against Monroe Academy. To beat them a second time in a row, White believes his team will have to stick to what they have done right all season long.

“We have to play our brand of football,” White said. “We have to take care of the ball and be able to score in the red zone and not come away with just three points. We have to stop their run and be physical at the point of attack. We have to win in the trenches and win the turnover battle. If we do we’ll be alright.”

Bulldogs open the postseason against Hillcrest-Evergreen

The Pike County Bulldogs went into the final week of the regular season still not knowing who their playoff opponent... read more