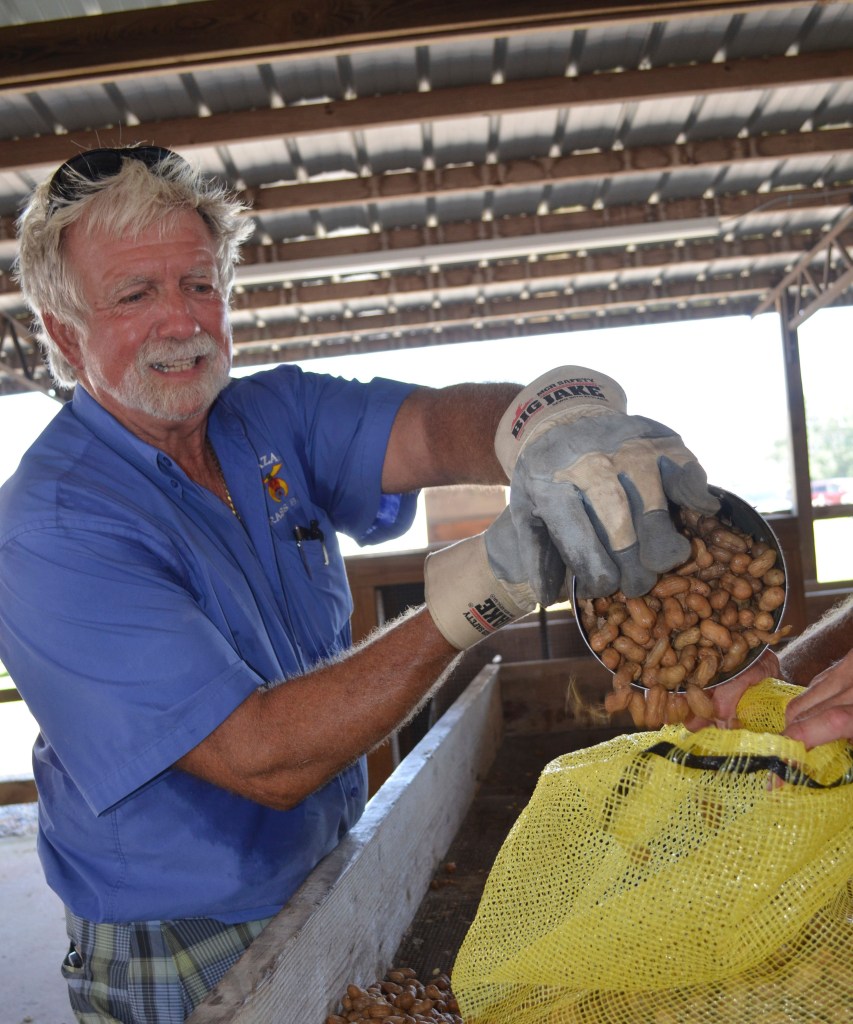 The line was longer than long but those who shunned the hot September sun waited patiently. After all, those who come to Luverne for the World’s Largest Peanut Boil each Labor Day are accustomed to the wait.

But the moan told the story of disappointment when the words “sold out” were passed down the line.

“We’ll have more boiled peanuts around 4:30 or 5, so y’all come back,” Andy Compton, president of the sponsoring Crenshaw County Shrine Club told the crowd.

“Four hours? That long?” some asked.

“We can’t make the water hotter,” Campton answered with a smile.

Trojans Ray and Pam Smith were among those who “just missed” getting their order filled for, what are, arguably, the world’s best boiled peanuts.

“We’re on the way to the beach and we were looking forward to taking several bags of boiled peanuts to enjoy on the way and during the stay,” Pam said.

“But we missed it,” Ray said. “We can’t wait around to we’ll have to settle for parched peanuts.”

Many of those who had braved the Indian Summer sun settled for parched peanuts “for now, but we’ll be back later,” said Sue Tyler “from just over the hill.”

Compton said the vats of peanuts were boiling around 8 a.m. Wednesday. The Shriners were confident they could boil and sack enough peanuts to meet the first-day demand.  But …

“We had the biggest first-day we have ever had,” Compton said. “On Wednesday, we usually have enough inventory to keep us going but the response was so good we lost our inventory.

“We really appreciate the support and apologize for the wait.”

Compton said to get caught up, the Shriners were looking at a two-night boiling.

“That’s tough but we’ll do it if we feel like we’ve got to,” he said. “In the past, we have done six boilings from morning until morning. We don’t want to disappoint anybody.”

The Crenshaw County Shriners attributes the success of their annual World’s Largest Peanut Boil to tradition and the best peanuts they can put in the pot.”

The idea for the World’s Largest Peanut Boil originated with the Crenshaw County Shrine Club in 1970.

The first peanut boil was a great success and it has continually grown over the 50 years.

The “boil” has become a tradition for several generations of local folks and a planned stopover for those headed to the beaches for the Labor Day Weekend.

“We start with the best peanuts around, from Holland Farms in Jay, Florida. We know just how much salt to put in them and how long they need to boil and we sell them at a good price and the money raised supports the Shriners organization.”

The Shriners will put 32 tons of green peanuts in the boiling pots over the Labor Day Weekend and they will add a couple of tons of parched peanuts.

There’s no need to rush to Luverne for the World’s Largest Peanut Boil, but, then, there’s no guarantee the Shriners will be sacking peanuts on Labor Day. But, whenever you come, don’t mind the wait.