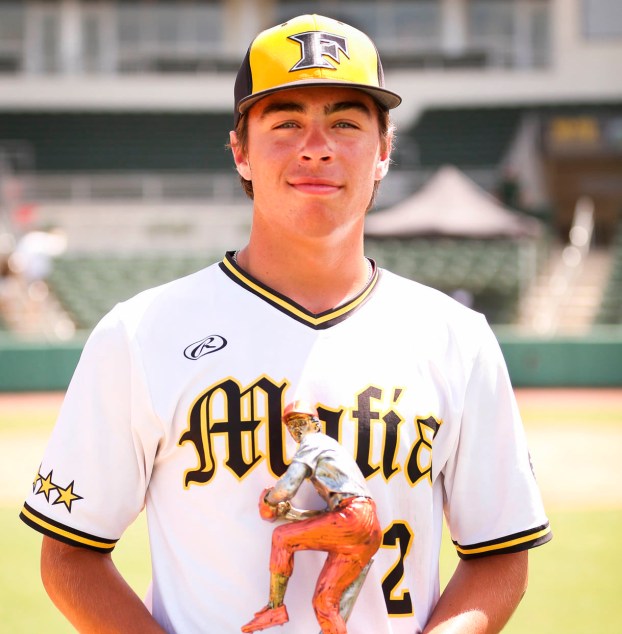 “We were down in Fort Myers for about a week,” Nelson said. “There were a lot of good teams down there and good competition. We strung some wins together and got hot at the right time.”

Nelson took the Most Valuable Pitcher Award after the tournament concluded. Nelson had two different appearances on the mound and struck out a total of 13 batters in his outings.

“I threw three innings in a pool play game and did really good. It was practice before I got in a good start against a San Francisco Giants scout team in the round of 16. I did really well. I was feeling really good and my off speed pitch was there. I was on it all day. I threw a complete game and gave up one run.”

Nelson in no stranger to pitching in big games. High leverage, big-game situations are something that Nelson loves.

“That’s what you play for,” Nelson said. “You pray you can get the ball in a situation like that. You just have to calm the nerves and treat it like any other game and just be you.”

This was the first time that Nelson has won the Most Valuable Pitcher Award in a tournament.

“I have gotten close getting the Most Valuable Pitcher in other tournaments,” Nelson said. “I finally got it. It’s nothing compared to the team award, but I am thankful to get it.”

Nelson and the rest of the 5-Star Nationals played the championship game at Jet Blue Park, the Spring Training home of the Boston Red Sox.

“It was really neat,” Nelson said. “It was my first time being there and it was as close of a replica to Fenway Park as you could get. It was really nice.”

The 5-Star Nationals will be back in action next week when they travel to Atlanta to take part in the WWBA National Championship in Atlanta.

It’s time to do your taxes — no more delays. As the coronavirus pandemic took hold this spring, the federal... read more