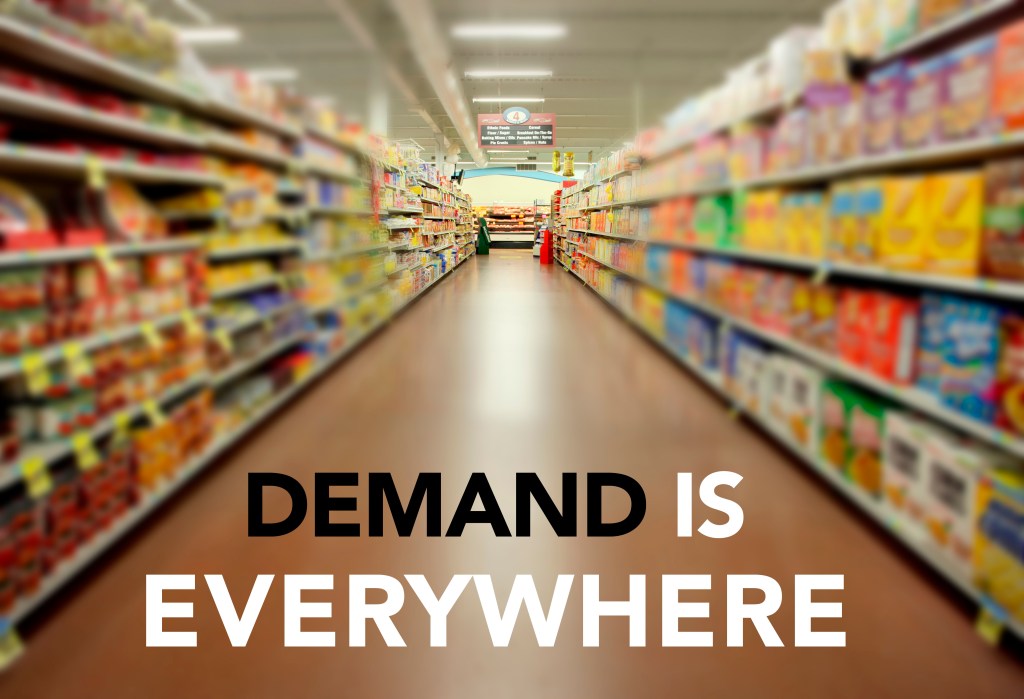 “If you’re looking for Tab or caffeine-free Diet Cherry Coke, you may not find it,” Garrett said. “But you have Coke, you have Sprite, you have plenty of options.”

Garrett, who owns the two Piggly Wiggly stores in Troy and whose brother Stanley owns the store in Brundidge, grew up in the grocery business. Garrett and his family have weathered tornadoes, hurricanes and fears from terrorist attacks. But the impact of the COVID-19 sitaution have been, as he said, “taxing “

“I’ve never even dreamed of something like this; none of us have,” he said. “There’s never been anything quite like this, and it’s been taxing.

“It’s like nothing we’ve ever been through and hope to never go through again.”

The first signs of concern appeared weeks ago, as the public began to make a run on toilet paper; hand sanitizer; and cleaning supplies. The demand on those products quickly tapped the inventories on hand, and stores have been struggling to restock and resupply ever since.

“Just today I got eight cases of toilet paper, but it was only one brand and one type,” Garrett said.

“I get trucks six days a week between the two stores, so we’re still getting stock in,” he said. “The biggest thing I’m seeing right now as far as supply goes is the production plants are cutting varieties to increase production …

“Many of plants may handle 40 or 50 varieties and flavors, but right now they’ve cut down to five or six of the most popular.”

For instance, Bush’s baked beans normally produces more than a dozen flavors and sizes of cans. “Now, they’ve cut down to the top three in 28-ounce cans. So, you are able to get those without any problems, but if you’re looking for something specific or in a different size, they’re not making it.”

That adjustment to the supply chain is a natural reaction of manufacturers, said Dan Sutter, the Charles G. Koch Professor of Economics with the Manuel H. Johnson Center for Political Economy at Troy University.

Sutter explained that the large shift in demand for products, such as hand sanitizer or canned groceries, is happening across the country all at the same time, creating “an ordered of magnitude change in the demand.”

While manufacturers and supply chains are in place to meet normal demand, they have to make adjustments to meet the exponentially increased demand.

Long-term solutions might include adding production facilities or contracting with other producers, or, in the case of Bush’s Baked Beans and Coca-Cola, limiting production lines.

“The supply chains are getting stretched,” Sutter said. “Companies like Walmart do a good job of responding to disasters like hurricanes because they can use their huge distribution system and supply chain to divert from one part of the country to another … but you can’t really do that right now because demand is everywhere.”

And that trickles down to places like the Piggly Wiggly stores in Pike County, where Garrett said he and his brother are working diligently to keep shelves stocked for customers.

“I’ve even started working with two or three different restaurant supply vendors, and that is helping,” Garrett said, adding that customers have been mostly understanding and friendly about the situation.

And while shoppers may see frustrations, Sutter sees an upside to the situation.

“Another way to look at this is it’s one of the great things in our lives and our economy: most of the time we don’t have to worry about going to the store and finding what we need,” Sutter said. “And now we’re recognizing what a tremendous and amazing thing is happening on a normal day.”