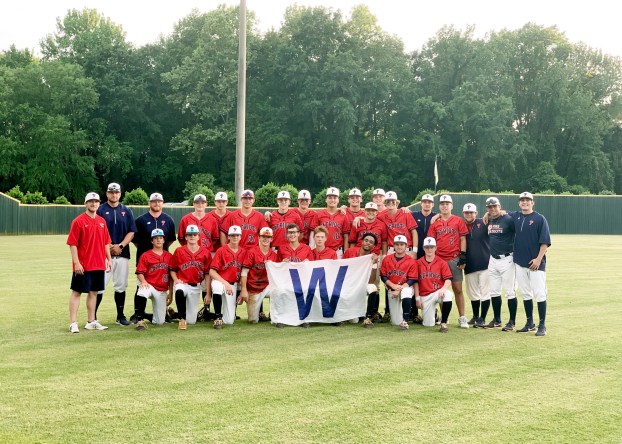 The Pike Liberal Arts Patriots are heading back to the state championship for the third year in a row after sweeping Tuscaloosa Academy on Wednesday afternoon.

The Patriots won a tight pitcher’s duel in game one 3-1 before ultimately clinching the series win with a 9-6 win in game two.

Junior pitcher Holt Steed started game one for the Patriots. The junior went the distance and allowed just one Knight run on four hits. Steed walked two batters, but struck out seven.

After a scoreless first inning, the Patriots jumped on the board in the top half of the second inning. Chance Golden reach first safely on an error and came around to score three batters later on a wild pitch.

Steed retired six-straight batters in the second and third inning. In the fourth, his offense gave him some run support. Tristan Carter reached safely when he got hit by a pitch. He came around to score one batter later on a Golden single. Following a Levi Sikes single to right field, Max Copeland laid down a squeeze bunt and reached safely, allowing Golden to score the Patriots’ third run of the game.

Steed got the first out of the seventh inning quickly, but then loaded the bases with two singles and a walk. The Knights scored their only run one batter later on a sacrifice fly. Steed ended the game at the next at-bat on a short fly out to second base.

Jade Sikes overcame a sluggish inning on the mound in game two and earned a win after pitching six innings. The senior allowed six total runs, three of which were earned on nine hits.

Unlike in game one, it was Tuscaloosa that jumped on the board with a run in the top of the first inning. Golden hit a two-run double in the bottom half of the inning to give the Patriots a 2-1 lead. Carter scored on a passed ball and the Patriots took a 3-1 lead into the second inning.

Sikes ran into a bit of trouble in the third inning. The senior allowed five runs on four hits and two walks, allowing the Knights to take a 6-3 lead into the bottom of the third.

Golden smacked another double in the third and Levi Sikes picked up an RBI single, cutting the Patriots’ deficit to one at 6-5.

The Patriots loaded the bases with two outs in the bottom of the fourth inning courtesy of two walks and a hit batter. Carter sent the Patriot dugout into a craze when he hit a two-run single to left to drive in both Javon Christian and Davis Allen, giving Pike the lead back at 7-6.

The Knights had an opportunity of their own with the bases loaded in the fifth inning. With two outs in the inning, Jade Sikes allowed a ground ball that hit a base runner, ending the inning with no damage done.

Christian gave the Patriots plenty of breathing room with a two-run home run in the bottom of the fifth inning to give Pike a 9-6 lead.

The Patriots finished game two with 14 hits. Golden and Carter both had three-hit games, while Cody Hollis, and Trevor Barron each had two.

The Patriots will head to Montgomery’s River Walk Stadium next Wednesday for the state championship.