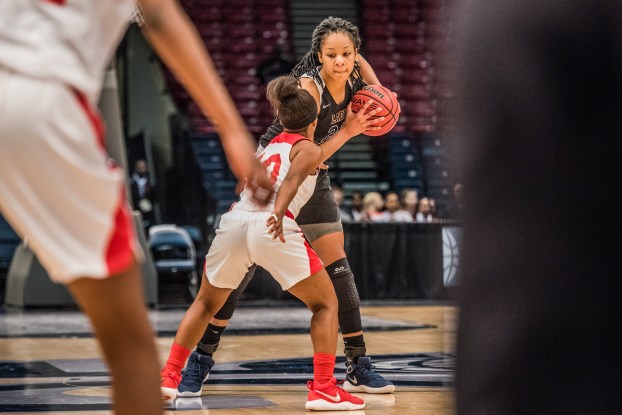 Davenport, one of the nation’s top 15 players and a Rutgers signee, received a check by USA basketball for her participation on the U18 team this summer in the FIBA Americas U18 Tournament in Mexico City.

“The Alabama High School Athletic Association has deemed her ineligible,” said Charles Henderson High School Principal Brock Kelley. “Right now we are in the preliminary stage of the appeals process. We feel like we have a good case to appeal.”

Davenport was one of two high school players to play for Team USA. Each player received a check, but due to her high school status, Davenport violated the “Amateur rule” listed in the AHSAA handbook.

“All the girls on the team received a check for broken time payments or lost wages,” Kelley said. “They made a mistake and were not supposed to give her one. When the Davenports and Team USA realized what they had done, (the Davenports) returned the check.”

There is no timetable of when the appeal process will begin.

Davenport began the season as candidate for the Miss Basketball award after finishing runner-up a season ago. Davenport recently signed a scholarship to play basketball at Rutgers University. Davenport entered the season ranked as the 15th best recruit in the 2019 class by ESPN as a 5-star recruit.

She finished last season scoring 18 points per game with 12 rebounds and 5.5 blocks. Davenport and the Trojans have advanced to the state championship in each of the last two years. They won their first ever championship last season.

Davenport didn’t play in Charles Henderson’s win over Eufaula last week and it’s not yet known if she will play another game for the Trojans.

Santa capped off an evening of Christmas fun as the Troy Christmas Parade downtown kicked off the Christmas season in... read more