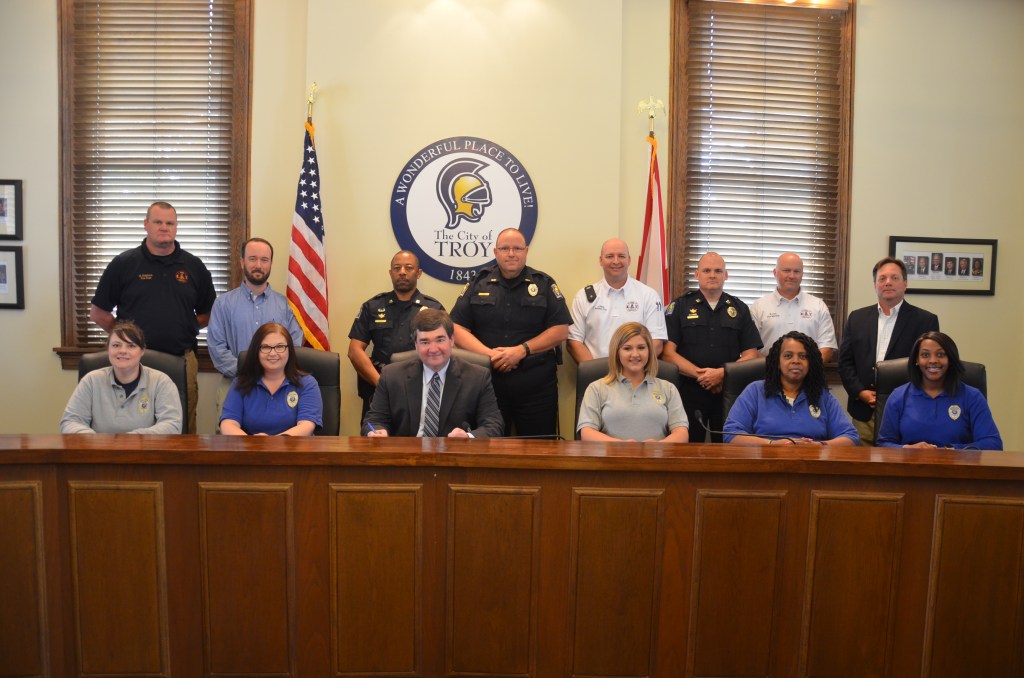 Messenger photo/Jacob Holmes Mayor Jason reeves is joined by law enforcement and city officials for the proclamation of “National Public Safety Telecommunicators Appreciation Week” in the City of Troy.

This week honors the thousands of men and women who respond to emergency calls, dispatch emergency professionals and equipment, and render life-saving assistance to citizens.

Some of these local law enforcement leaders, from chiefs to dispatchers to officers, gathered for the proclamation Monday afternoon at Troy City Hall.

“You all deal with people on the very worst days and deal with very difficult situations,” Mayor Jason Reeves told them. “You keep our first responders safe, informed and updated. It’s a special thing you do and it means a lot to me and the city … Anybody who has ever had to hit those three buttons (9-1-1) understands how important it is to have someone calm and professional on the other end of that line.”