On the pitch: Excitement continues to grow for Goshen soccer program in year two 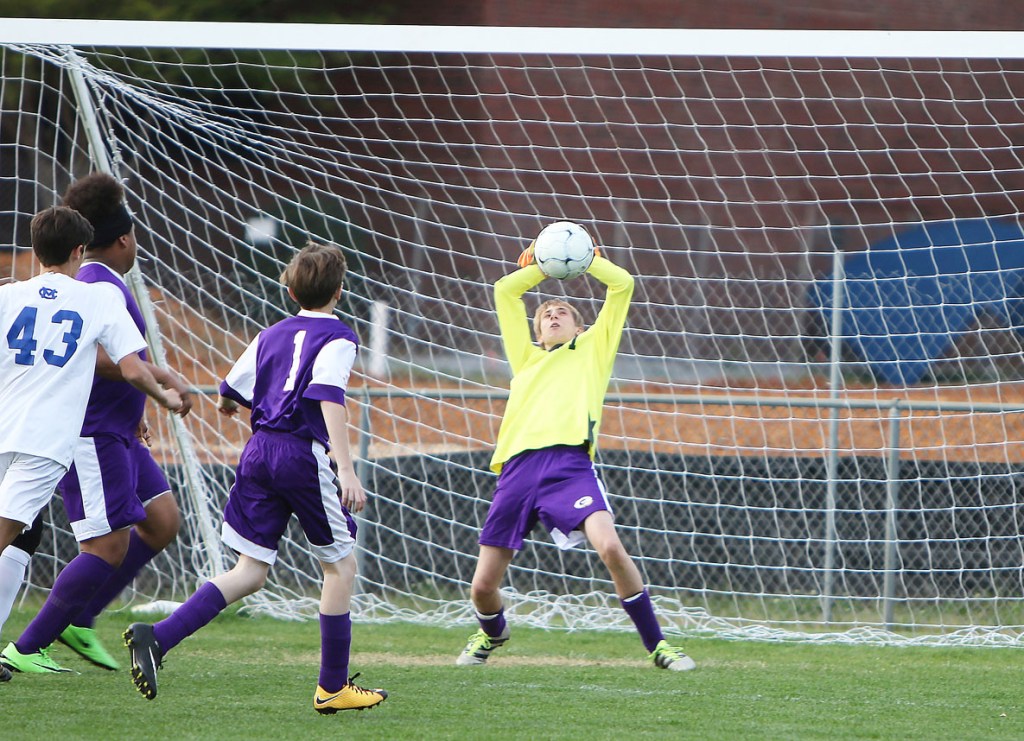 Photo/April Brown Goal keeper JP Boswell makes a save during a match in Montgomery last weekend.

The Goshen Eagles soccer team fielded just 11 players last year and played in just three matches. This season, the number of games has increased to 10 and the roster includes over 20 players.

The Eagles are still waiting for their first win, but head coach Jeff McClure believes his team is ready to turn the corner with his young squad.

The Eagles failed to get on the scoreboard last season. That has not been the case this time around.

“We didn’t score any goals last year,” McClure said. “We have scored goals this year so we have seen some shiny spots.”

The Eagles do have leadership on the team despite returning just five players on the roster. One player that has returned is their leading goal scorer in Jaylen Hall.

“He is a quiet guy, but he has been a team leader so that is a good thing,” McClure said.

The Eagles took part in the Rising Stars Tournament in Montgomery over the weekend. They finished the tournament with an 0-2-1 record. Their match against Alexander City ended in a 2-2 draw.

The Eagles have just three matches remaining on the schedule and the goal for Goshen is a simple one.

“Our goal right now is to get some wins,” McClure said. “We played two of the teams before and we actually put on a pretty good show. We are believing, now that we are nearing the end of the season, that we have the experience that we didn’t have at the start of the season.”

The Eagles have worked on ball control and passing. The coaching staff will now like to see the team play like that practice.

“We get frustrated when they do things in games that we don’t do in practice,” McClure said. “From a coaching standpoint, that is a little frustrating because it’s almost like they are playing someone else’s game.”

The Eagles hope to get their first win Tuesday when they travel to take on Carroll.