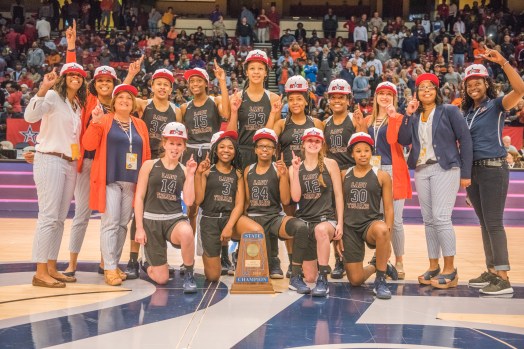 Messenger Photo/Jonah enfinger The Charles Henderson Lady Trojans celebrate with their trophy after winning the Class 5A state championship on Saturday morning in Birmingham. 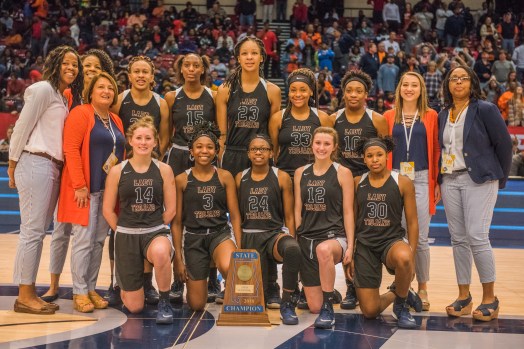 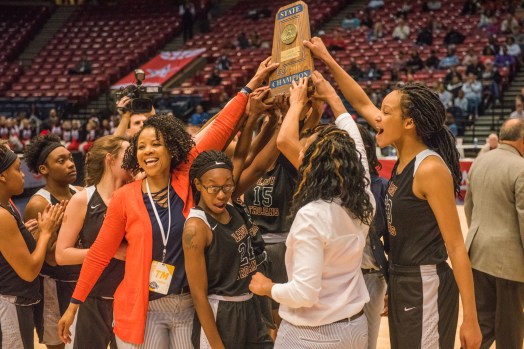 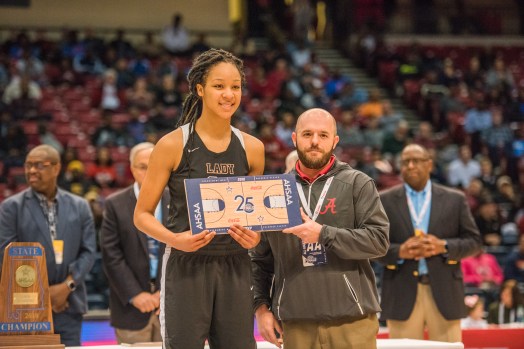 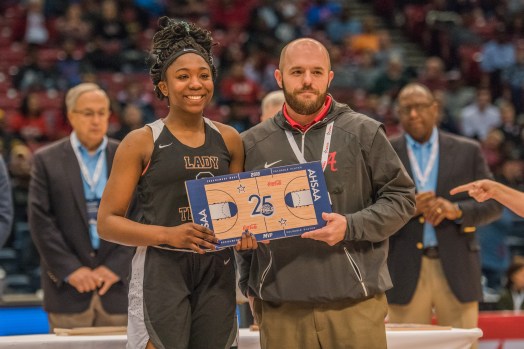 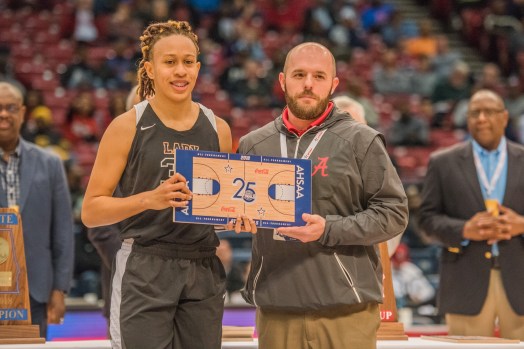 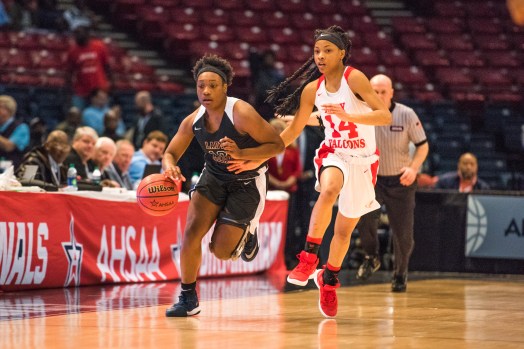 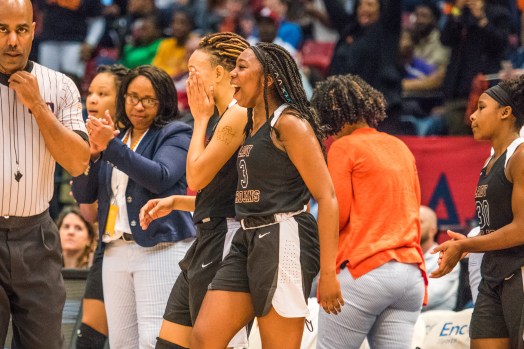 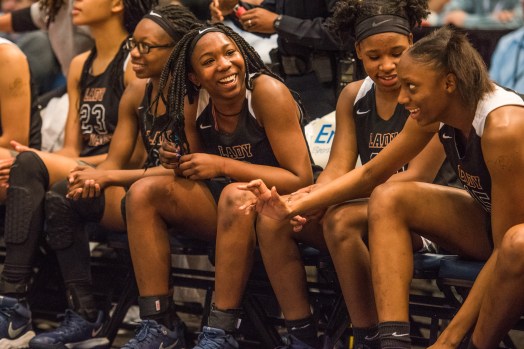 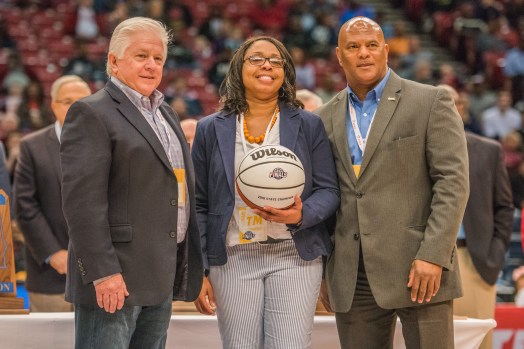 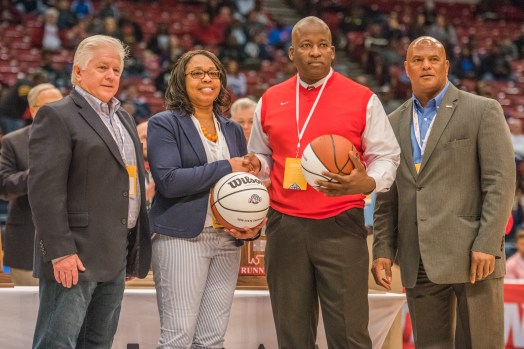 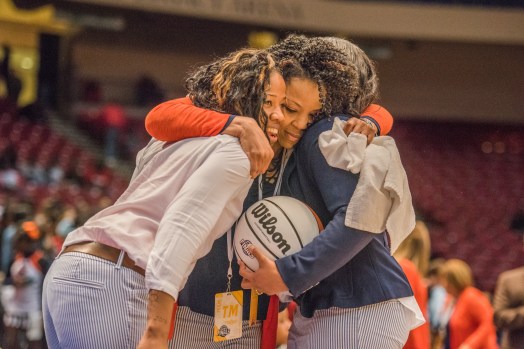 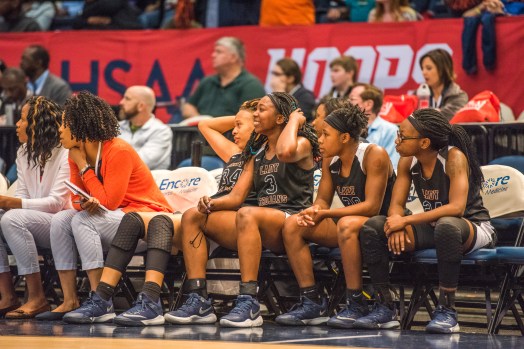 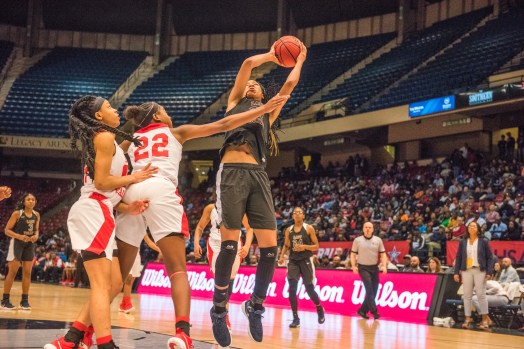 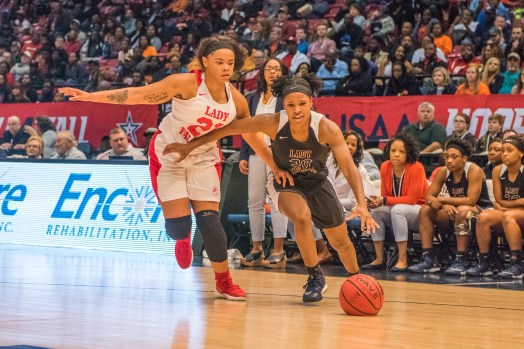 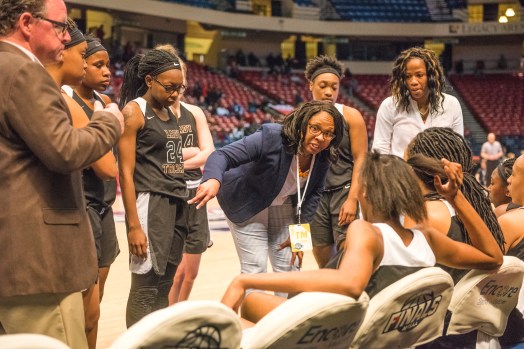 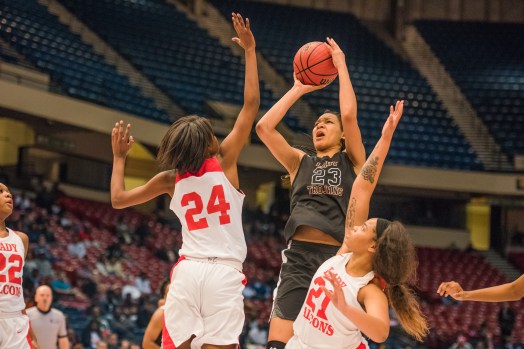 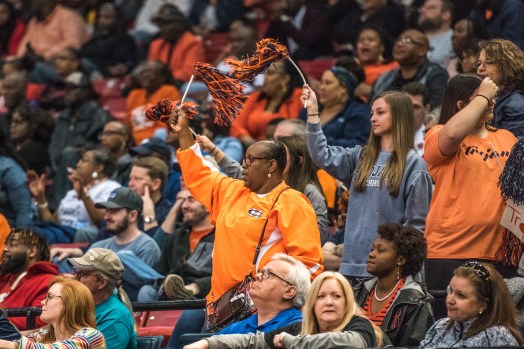 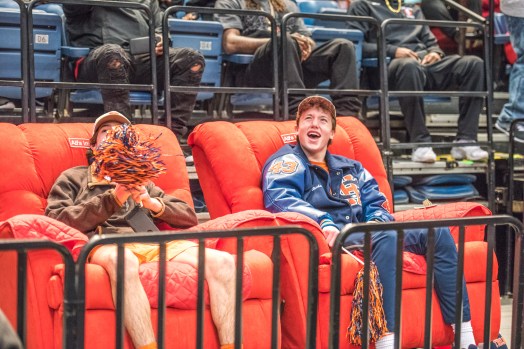 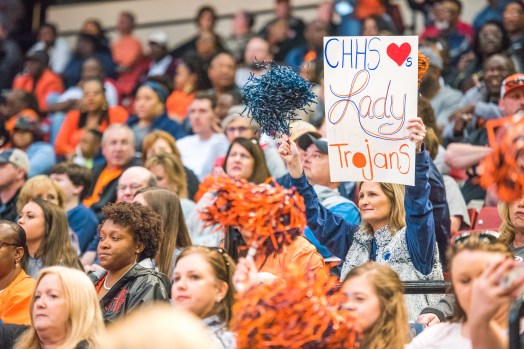 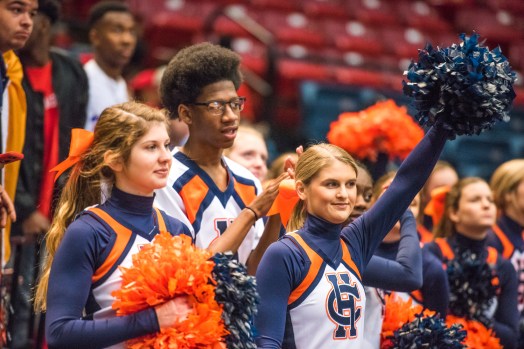 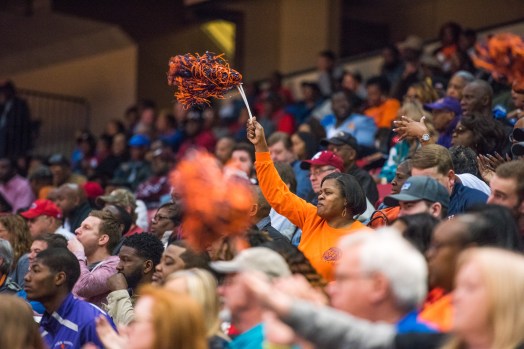 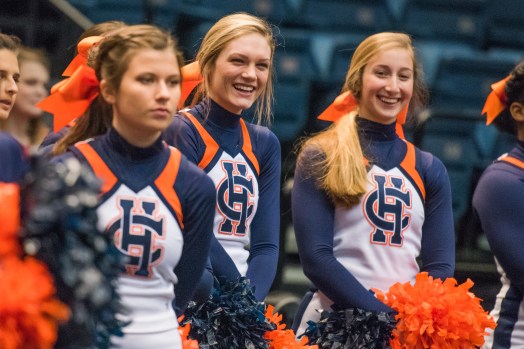 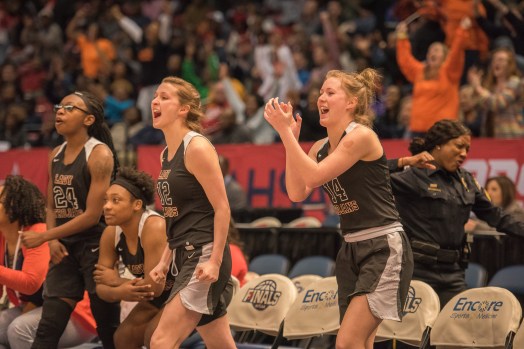 Since arriving on scene in Birmingham in 2016, the Charles Henderson Lady Trojans have taken one step further in the playoffs. The Trojans finished the journey on Saturday by defeating the Central-Tuscaloosa Falcons 55-37 to claim their first state championship.

“I am proud of the girls,” said head coach Dyneshia Jones. “We have worked hard this season and the past couple of seasons. They deserve it. I am so happy for them. It’s a part of history. I have been coaching 20 years and having this group is special to me. They grew up playing with each other. It’s a wonderful feeling and a special part of history. I wouldn’t want it for anyone else but them.”

“It’s an amazing achievement,” said Niaira Jones. “We have been wanting this all year. We worked hard for it.”

“Last year we were all crying,” said Tatyana Siler. “This time if just feels amazing.”

Turnovers plagued the Lady Trojans in the opening quarter. The Trojans had six turnovers before the first media timeout with 4:00 remaining. They finished the quarter with seven and shot just 11 percent.

“We were a little out of whack but it was nothing that we couldn’t fix,” said Maori Davenport.

The defense kept things close for the Trojans after they held the Falcons to 25 percent. The Falcons took an 8-4 lead into the second.

The third quarter began like the first. The Falcons scored the first five points and cut the Trojans lead down to two at 22-20.

From that point on the Trojans outscored the Falcons 17-4 and went into the fourth holding a 39-24 lead. Tatyana Siler closed it in fashion with a buzzer-beater to send the Trojan faithful fans into a frenzy.

The Trojans controlled the pace of play throughout the fourth quarter and outscored the Falcons 16-11 to claim the title.

Davenport led all scores with 17 and finished with a double-double after hauling in 13 rebounds. Tatyana Siler finished with 14 points.

Niaira Jones finished with 11 points, all of which came in the second half.

Siler, Jones and Davenport were all named to the all-tournament team with Davenport claiming MVP honors.

The Trojans were mere seconds from winning last season. After winning this year’s championship and core group coming back, the Trojans feel confident they will make the return trip next year.

“I am very confident,” coach Jones said. “I was confident last year. I am happy they are juniors and sophomores. Another year we will be back. We are going to work hard to get back here. Our plans are to be back here again.”