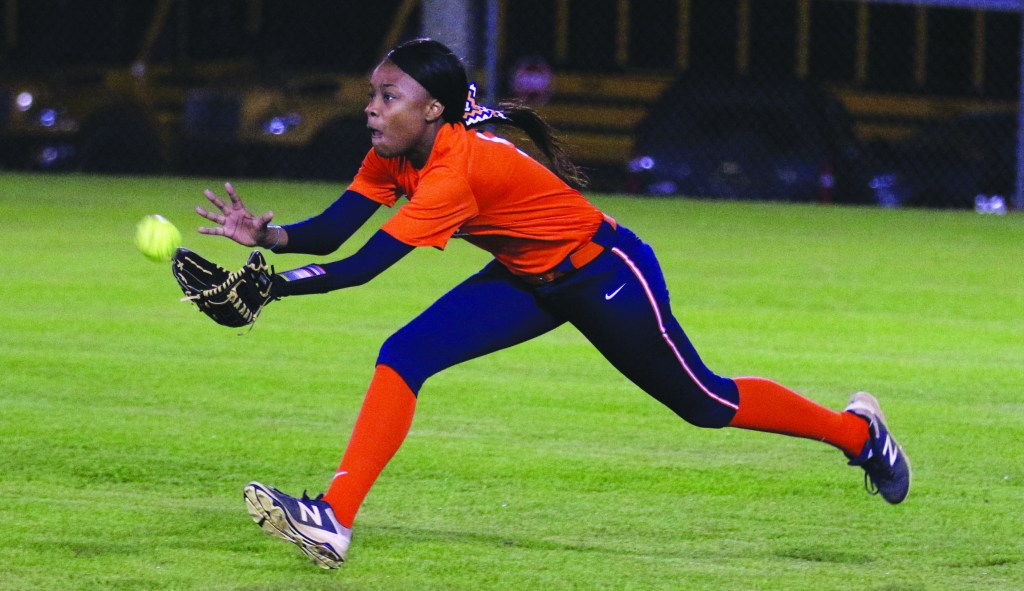 The Lady Trojans of Charles Henderson High rallied for six runs in the top of the sixth inning to break a 2-2 tie en route to an 8-3 win over Chilton County Friday night in the opening game of the Trojan Classic Softball Tournament, played at the Troy Sportsplex.

Chilton County led 1-0 in the first, CHHS went ahead 2-1 in the top of the fifth, and the Tigers tacked on a run in the bottom of the fifth to knot the score at 2-2 before the CHHS six-run rally in the sixth.

“We started a little slow but battled back there towards the end, and started hitting the ball,” said CHHS Head Coach Robin Snyder. “We struggled the first couple of innings, and we’ve got to do a better job of adjusting early, and not waiting so late, but we hit the ball well.

“Like we said, it’s not how we start the season, but how we finish. We’ve just got to keep working, keep chugging and stay confident with each other.”

Chilton took a 1-0 lead in the bottom of the first, before CHHS took a 2-1 lead in the fifth. Graci Williams singled to lead off the rally, advanced on a sacrifice bunt by Holly Hughes, Ashlyn Shaver walked, Madison Stewart singled to drive in Williams and Shaver scored on a wild pitch with Emma Kirkpatrick at the plate.

The Tigers scored one run in the top of the sixth inning to tie the score 2-2, but the Lady Trojans rallied for the 8-2 advantage.

Chilton added a single run in the bottom of the sixth for the 8-3 final.

CHHS had nine hits on the night, with Rose Snyder, Williams and Stewart collecting two each, while Kirkpatrick, Armstrong and Sydni Garrett getting one hit apiece.

Williams and Stewart had two RBI each.

Garrett was strong on the mound for the Lady Trojans, allowing two runs on five hits while striking out three over six innings of work.

The Lady Trojans played a late game Friday night, and will play again Saturday morning, with opponents and times to be determined.