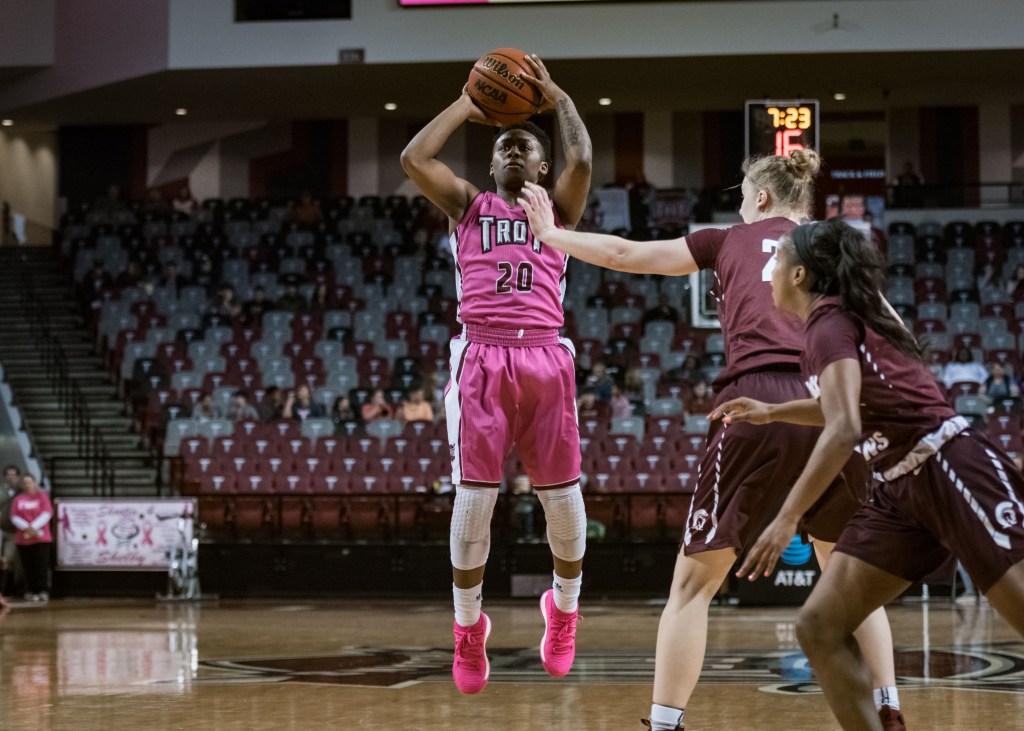 Kayla Robinson was named the Sun Belt Conference Player of the Week on Monday for the third consecutive season.

Troy’s Kayla Robinson was named Sun Belt Conference Women’s Basketball Player of the Week for the third consecutive week, the league announced on Monday, becoming the first player in the 36-year history of the league to win the award three straight weeks.

Robinson was key in the Trojans’ 76-70 overtime win on Saturday over Little Rock, a team that entered the contest 12-0 in Sun Belt play. Robinson scored eight of Troy’s 12 points in the extra period and finished the game with a game-high 18 points to go along with six rebounds and five assists. She also scored 18 on Thursday in a 95-78 win over Arkansas State.

The sophomore has been on a tear over the last eight games raising her points per game average by 4.5 points from 9.5 to 13.0. Over the last three weeks, Robinson has averaged 21.2 points, 5.4 assists, 4.4 rebounds and 2.2 assists per game and has led the team in scoring in six straight games.

The Clyo, Ga., native is fourth in the Sun Belt averaging 3.8 assists per game, fifth with a 1.5 assists/turnover ratio and 12th with 13.0 points per game.

Troy (13-10, 8-4 Sun Belt) has won six consecutive games and has jumped into a tie for third in the league standings with a chance to climb as high as second this weekend. The Trojans travel east to take on Coastal Carolina on Thursday and Appalachian State on Saturday.