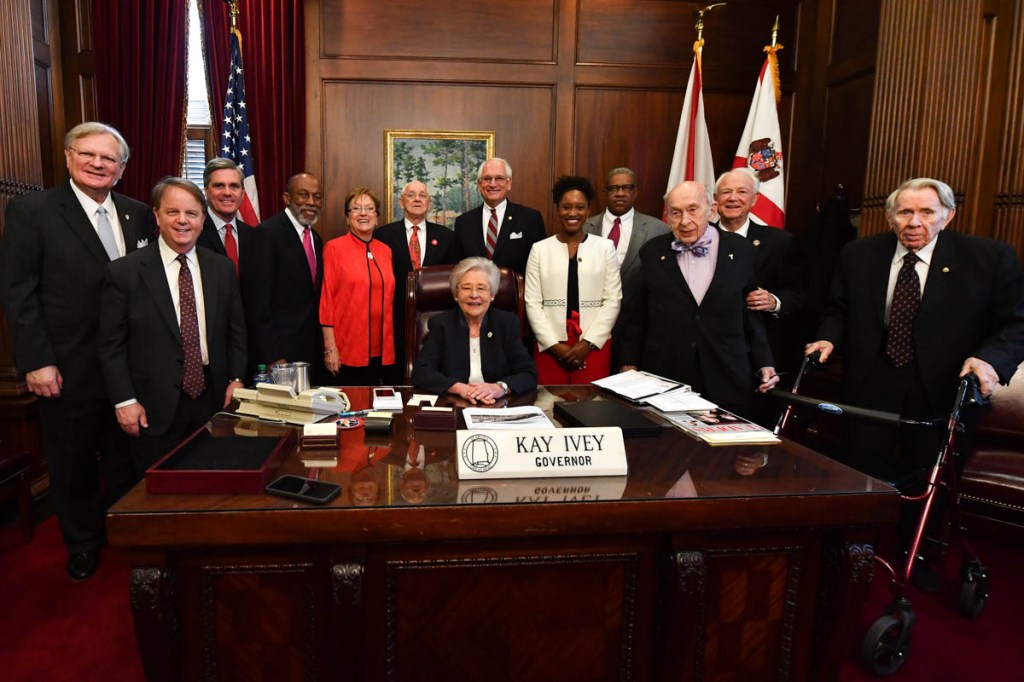 The Troy University Board of Trustees voted Thursday to extend the current contract of Dr. Jack Hawkins, Jr., Chancellor, for four years through Sept. 30, 2022.

Dr. Hawkins, who has served as Troy’s Chancellor since 1989, is the second longest serving president or chancellor of a public university in the United States. He had entered the last year of his existing contract, which ends Sept. 30, 2018. During their meeting at the University’s Montgomery Campus, Trustees cited satisfaction with Dr. Hawkins’ performance and the need for continuity of leadership as reasons for extending the contract.

“Chancellor Hawkins has provided and continues to provide outstanding leadership for Troy University,” said Sen. Gerald Dial, President Pro Tempore of the University’s Board of Trustees. “Through his tremendous vision, the University has established many new academic programs and continues to prepare students through educational experiences that ensure they are both globally aware and competitive. Through Chancellor Hawkins’ stewardship, our students have the opportunity to learn on campuses that are among the most beautiful in the country. I am confident that Troy will continue to grow and prosper under his leadership.”

The Troy Chancellor said he was “honored and humbled” by the trustees’ action.

“Great universities stir great emotions and Troy University has been a labor of love for my wife Janice and me,” Hawkins said. “I believe the best is yet to be for Troy, and we are grateful for the opportunity to keep working on behalf of this great University and its wonderful students, faculty, and staff.”

Dr. Hawkins, a native of Mobile, Alabama, earned his bachelor’s and master’s degrees from the University of Montevallo and his doctorate from the University of Alabama. Upon completion of his bachelor’s degree in 1967, Hawkins was commissioned a lieutenant in the U.S. Marine Corps and served as a platoon leader during the Vietnam War. For his combat duty, he received the Bronze Star, the Purple Heart and a citation from the Korean Marine Corps.

Dr. Hawkins has overseen an era of change and growth at Troy, as he led the merger of the worldwide Troy State University System into the unified Troy University, an initiative called “One Great University.” More than $300 million has been invested in capital improvements by the Hawkins Administration, including new academic buildings on all four of Troy’s Alabama campuses. Chancellor Hawkins served as the catalyst for the University’s evolution to an international institution, as Troy has attracted record numbers of students from other nations and established teaching sites around the world. During his tenure, academic standards for admission have been increased, new degree programs were established in all academic colleges, and intercollegiate athletics joined the highest level of NCAA competition.