Down and out: Patriots fall to Lee-Scott 56-19 to end season 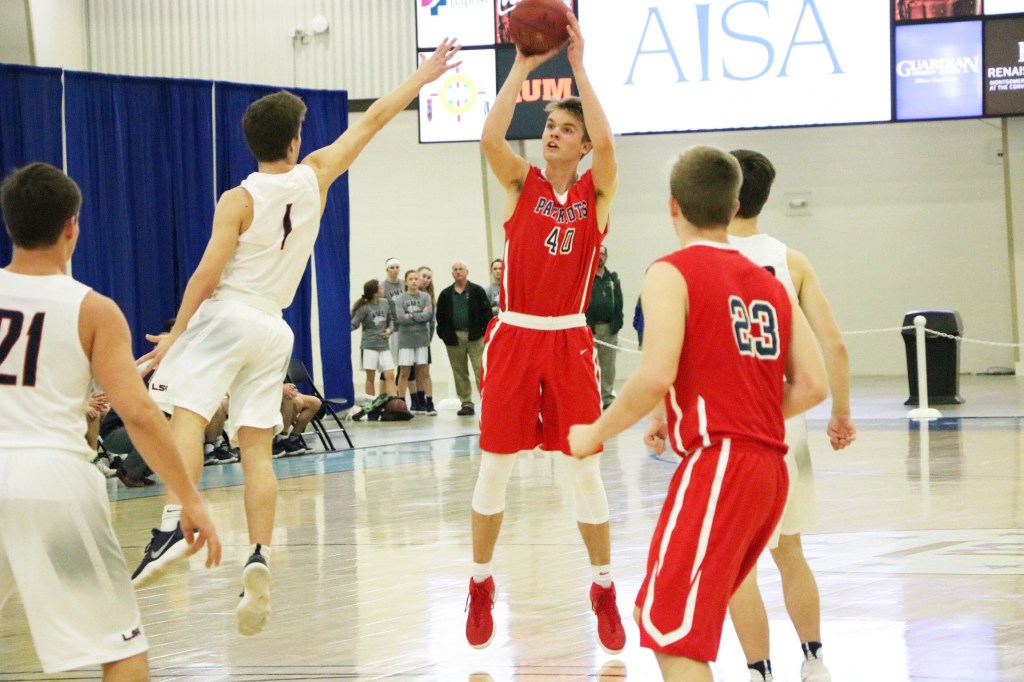 Ethan Green puts up a shot against Lee-Scott during Thursday’s game in Montgomery.

The Pike Liberal Arts Patriots had their season come to a close on Thursday when they fell to the Lee Scott Academy Warriors 56-19.

The loss for the Patriots came in the Elite 8 of the AISA Class 3A state playoffs in Montgomery.

“They shot the ball well and we didn’t defend well,” said Patriots head coach Allen Ponder. “We didn’t communicate well and our shots weren’t falling. We didn’t play well on the defensive end. Lee Scott played very well. They did a good job on the defensive boards.”

The Patriots scored just 2 points in the opening quarter off the hands of Ethan Green. The Patriots were outscored by the Warriors by 11 points and went into the second trailing 13-2.

The Patriots offense attempted to get going in the second when they scored 7 points. All 7 Patriots’ points in the quarter came from the free throw line.

After the Patriots went into halftime trailing 24-9, they were held to two 3-pointers in the third quarter and the Warriors extended their lead to  37-15.

Javon Christian and Max Copeland each scored 2 points in the fourth quarter. The Warriors scored 19 in the fourth to earn the comfortable 37-point win.

This marked the third straight season that the Patriots and Warriors met in the playoffs. The Patriots have had trouble getting over the hump and into the Final Four in that span.

According to Ponder, the Patriots need to play with more consistency.

“I feel like if we are better down the stretch we will give ourselves a much better opportunity to move deeper into the tournament.”

Despite their exit on Thursday, it’s been a fun year for Ponder and the Patriots.