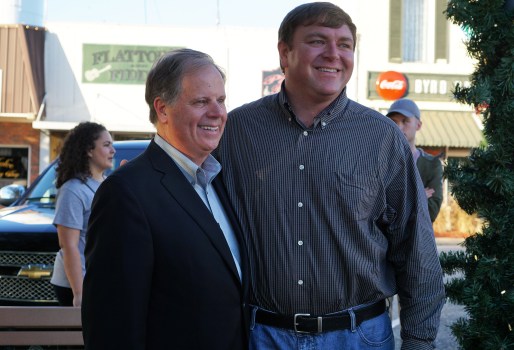 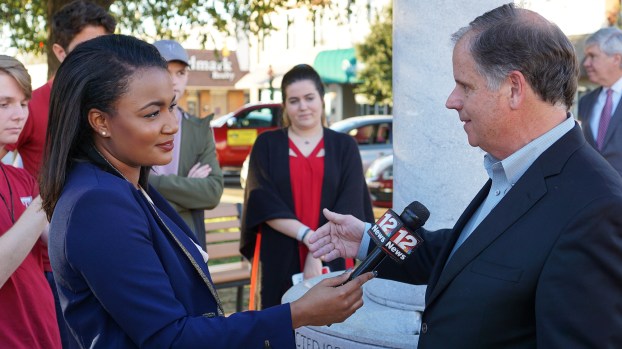 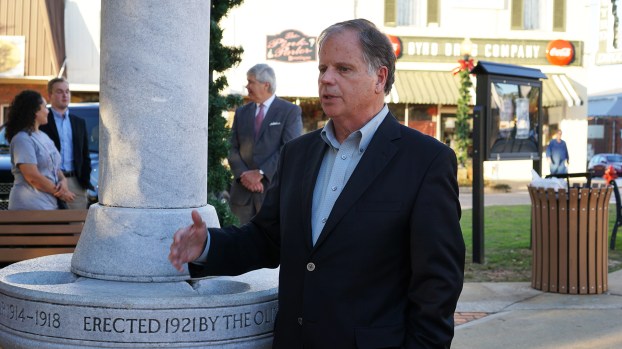 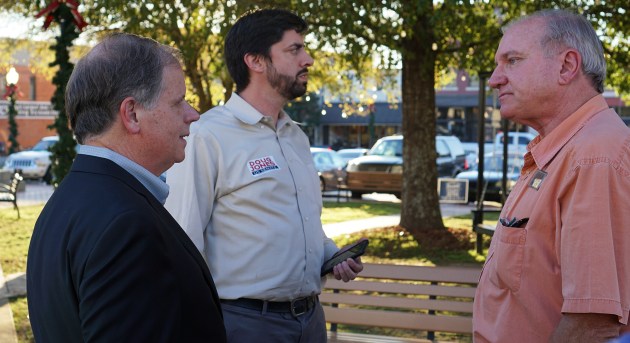 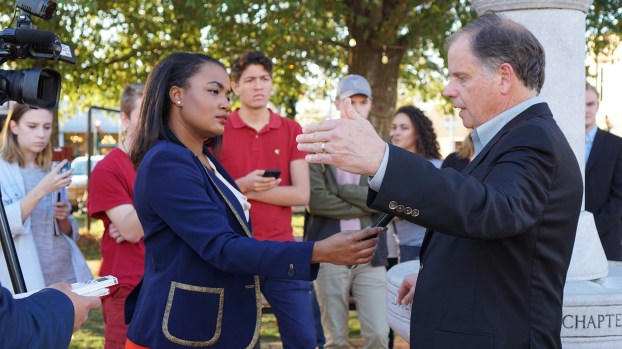 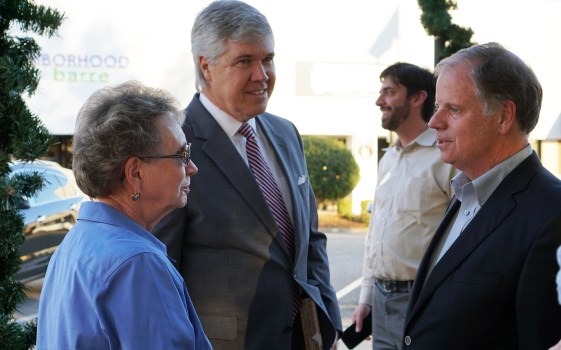 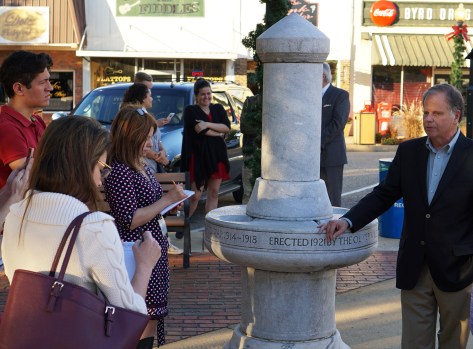 U.S. Senate Democratic candidate Doug Jones took time on the downtown square in Troy Friday to meet with voters and the media ahead of the Dec. 12 special election between Jones and Republican candidate Roy Moore for the seat. Above, Jones speaks on allegations that Moore engaged in inappropriate sexual behavior and about the issues important to him.

U.S. Senate Democratic candidate, Doug Jones brought his campaign against Roy Moore to Troy on Friday, reminding the public that his message is the same regardless of where he is and to whom he’s talking.

Speaking to a crowd of about 20 people at the Square in downtown Troy, Jones reiterated the importance of talking about the issues and not bringing more chaos into an already chaotic political scene.

Jones’ opponent, Republican candidate Roy Moore, has been the target of six allegations of inappropriate behavior against women, including one accuser who said Moore assaulted her when she was a teenager. Moore has claimed this was a political attack made against him.

Jones stressed the importance of the kitchen table issues, the issues that matter to the people of Alabama: jobs, the economy and healthcare. He wants people to look at his history and compare it to that of his opponent’s.  “Take a look at our records of service and compare them. I want people to know that public service can do good”.

Knowing people are tired of division and the political football that is being played with policies that affect them, Jones said he hopes to reach out to Republican voters. “There’s energy for change for the issues that affect everyone everywhere,” he said, adding that fixing issues such as healthcare are common concerns.

When asked about Governor Kay Ivey’s decision to vote for Roy Moore despite the allegations, Jones said “it’s sad to choose partisan politics over the good of the state and the country”.

Joel Lee Williams backed his former law school classmate. “Who would you hire, a man with a proven track record or the opponent?” Williams said.

In offering an endorsement, Williams said he believes Jones’ chances are good and the support is getting stronger. “He is reasonable and sincere. All that comes through if you take a few minutes to talk to him.”

Jones recently felt an upsurge in his campaign, which is not necessarily a result of the recent allegations against Moore.

Jones led Moor 50 percent to 42 percent in a Fox News poll Thursday. An Emerson College poll conducted between Nov. 9 and Nov. 11 showed Moore with a 10-point lead over Jones after the allegations came out after previously showing a 22-point lead for Moore.

“Democrats have to turn out at record numbers, which you don’t often see in Alabama because there’s never any belief that the Democrat can win,” Wilson said. “Even heightened Democratic turnout is probably not enough. You need to have Republicans vote for the Democrat.”

Democrats need to focus on college-educated Republicans in the suburbs around Montgomery, Birmingham and Mobile, Wilson said, in addition to maximizing African-American turnout. Democrats are also crossing their fingers that many Republicans, disgusted with Moore, simply sit out the election.

Moore has denied the allegations and threatened to bring defamation lawsuits against his accusers.

“We fully expect the people of Alabama to see through this charade,” Moore said Saturday.

Voters have just over three weeks left to weigh the issues and the accusations before the general election on Tuesday, Dec. 12.

A new law in Alabama banning “crossover voting” does not affect the general election. Citizens who voted in the Republican primaries are free to vote for Jones and those people who voted in the Democratic primaries could choose to cast a vote for Moore.