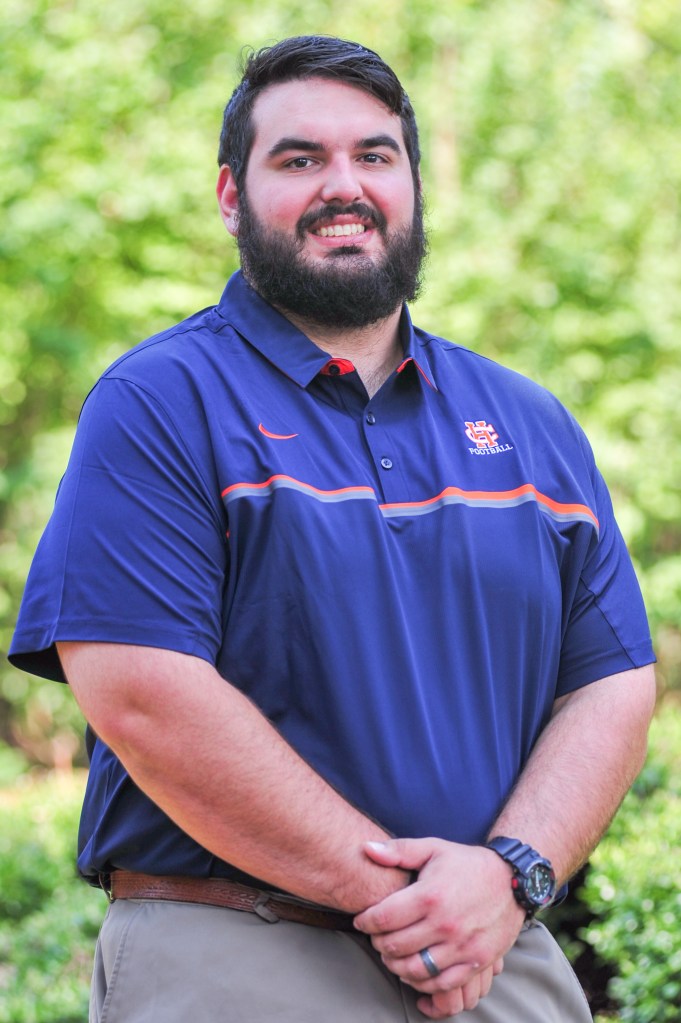 The Pike Liberal Arts junior varsity football team will have a new man patrolling the sidelines in the upcoming season.

After spending the last few seasons on the Charles Henderson sidelines, Zach Johnson will be taking over for former head coach Wes Allen.

With the season just a few weeks away, Johnson and the Patriots are already having a good time.

“It’s been really good,” Johnson said. “We are having a great time just getting to hang out with the guys and coach them up a little bit. It has been a great experience so far.”

Johnson was a starter all four years while in high school played two years at Troy University. This year, he was asked to coach and he jumped on the opportunity.

“I started teaching last year,” Johnson said. “I taught two Bible classes and some people knew I had a little background in football and they started to gauge my interest. The opportunity became available and I decided to do it.”

Johnson has brought an electric and fun atmosphere to each one of his practices.

Johnson believes the junior varsity level is the perfect time to enjoy and learn about the game of football without the pressure that comes along at the varsity level.

“Nick Saban and Neal Brown aren’t going to be in the stands scouting players on Tuesday nights,” Johnson said. “This age group is out there because they love playing the game and hanging out with their friends. We want to enjoy being there while having energy and enthusiasm while they are there.”

Wining games will be the first priority this season, but it won’t necessarily be the biggest one.

“We want to win games and that is ultimately the goal, but we also want to transition from PeeWee and recreation ball to getting prepared for varsity,” Johnson said. “I kind of view my job as helping these kids transition from PeeWee ball to getting ready for varsity. I love recreation ball, and there are some things taught that are good, but there are also things they are taught along the way that aren’t good.”

Johnson taught a Bible overview class last year. This year he will be teaching both theology and apologetics.”