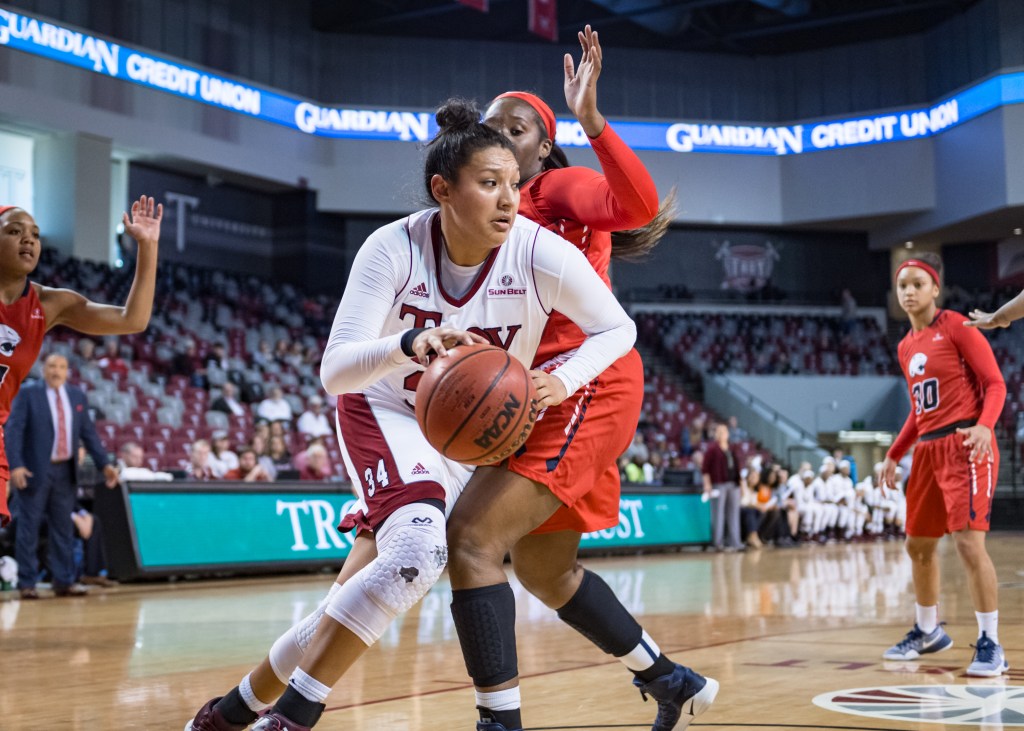 Former Troy center Caitlyn Ramirez was the latest latest Trojan to sign a professional contract when she latched on with Cadi La Seu in the first division Spanish basketball association, Liga Femenina.

Ramirez joins Ashley Beverly Kelley, who plays in Israel and Joanna Haden who plays in France to take their game international.

“It’s a very exciting opportunity,” Ramirez said. “While I accomplished a lot at Troy and am very proud of my career, I’m not ready to give the game up just yet. I’m looking forward to going over there and playing against experienced veterans and learning as much as possible.”

After spending two years at Tyler Junior College, Ramirez came to Troy prior to the 2014-2015 season. As a redshirt sophomore, Ramirez averaged 6.5 points per game in just over 16 minutes per game.

Ramirez’s career at Troy took off during her junior season. She was named third-team all-conference after averaging nearly 12 points and seven rebounds per game.

As a senior, Ramirez closed out her career as a Trojan by averaging a double-double with 13 points and 10 rebounds.

Ramirez will be joining a Cadi La Seu team that finished in second place in Liga Femenina before slipping to fifth for two years and eighth place last season. Last season, the roster featured one American in Jude Schimmel, who played collegiately for the  Louisville Cardinals.