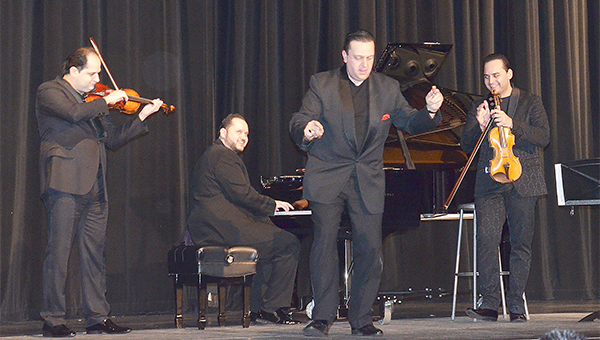 The Janoska Ensemble, a Vienna-based ensemble, gave an encore performance at the Claudia Crosby Theater Friday night. The concert was sponsored by the Troy Arts Council and featured the ensemble that is comprised of three brothers and their brother-in-law. The Janoska Ensemble received extended applause from the audience coupled with cheers. The extended standing ovation at the close of the concert brought the ensemble back to the stage. The concert ended with thunderous applause from an appreciative audience.